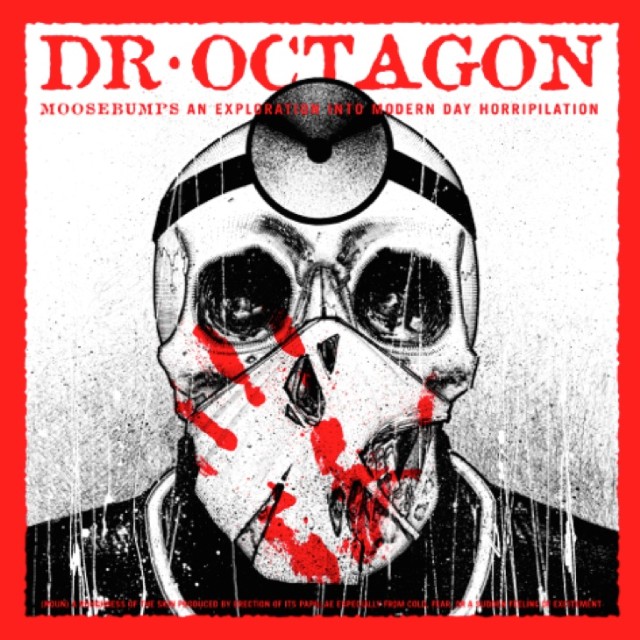 As if the title itself isn’t a double scream from the rooftops that it’s the return of one of hip-hop’s greatest outliers, Kool Keith deals out the word Octagon dozens of times in this first full Dr Octagon release since 1996. After months of speculation they’re back, Earth People.

It’s 22 years since Ultramagnetic MC Kool Keith, producer Dan the Automator and DJ QBert formed like a mini-Voltron for one of the defining leftfield hip-hop albums of the 90s, The Octagonecologyst. At the centrepiece of the trio’s only album is Dr Octagon, an intergalactic time traveller and homicidal surgeon from Jupiter – with Kool Keith beating DOOM to the punch with his alter-ego (Metal Face only started wearing the mask in 1997). The Octagonecologyst was a pile-on of sleek electronics, psychedelia, B-movie samples, skits and Kool Keith’s surreal futurism and surgical glee that set him apart as a possible rap MVP for the year.

After the misfired solo Return of Dr Octagon in 2006, the trio regrouped last year for their first ever live shows, playing a few gigs in the States, with tickets for their first show in San Francisco hitting $4,000 on tout sites at one point. It seems the short tour wasn’t a one-off cash-grab, as it’s led to a new album Moosebumps: An Exploration Into Modern Day Horripilation, due in April on Newbury Comics. Apparently Dan the Automator told the Fader over email that the new album is “one of the best sophomore albums recorded”. Of course he’d say that, but this is already one of the most eagerly awaited hip-hop records of the year.

Octagon Octagon is a sci-fi slow-burner with a raspy synth bassline and a lo-fi choir sample – sounding like a perfect intro track for the album. And not exactly known for rap convention, Octagon Octagon has some of Kool Keith’s weirdest bars – it’s almost like an exercise in repeating a word until it turns into fluff in your brain. Unless you’re into geometry or you’re an MMA head, how many times do you hear the word ‘octagon’? Once a month? A few times a year? Well, it’s every second word here, with Keith flash-branding everything in sight: Octagon underwear, Octagon soap, Octagon condoms, Octagon tampons, Octagon news, Octagon beans with Octagon rice, Octagon Arena, Octagon Orchestra, “Octagon Stadium where the Octagons play”, it goes Octagon… and on, and on, and on. Add to that the news boy ‘read all about it’ samples of Dr Octagon’s return and a mega dump of ‘Octagon’ collages between the verses, and you’ve got your life’s quota of the word octagon in four minutes. And I’m up for plenty more of it come April.

There’s an embed glitch on the Soundcloud link but you can hear it on The Fader, who had it first anyway.