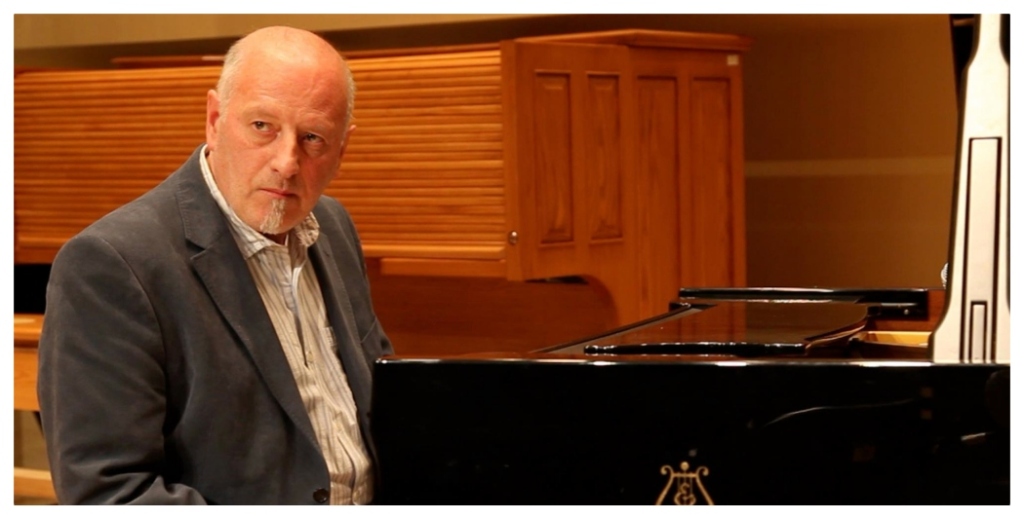 Have a listen back to the voicemail messages on your phone. You probably won’t save those fleeting hellos and routine exchanges and use them as the backbone to a modern composition project a few decades down the line. You probably don’t think like Roger Doyle though, Ireland’s pioneering electroacoustic composer, regarded as ‘the Godfather of Irish electronica’.

While the pieces offer a snapshot of Doyle’s life during a particular period, the album’s universal themes and interactions steer the listener down their own memory lanes as the compositions evoke “a world of ancient race memory” – the inherited subconscious ideas and feelings passed on from our ancestors. I spoke to Doyle about his inspiration behind the album, and how it compares with his other acclaimed projects.

Was there any particular event or milestone that inspired you to invoke the phrase ‘memento mori’ [‘remember your mortality’] for the album?
There was the milestone of becoming a grandfather last year as I listened to my son, then aged 10, on the answering machine.

Does the period of the late-80s hold particular significance when you look back?
My career was in full bloom back then, and it just so happened that I got an answering machine at that time to cope with all the messages. I knew even as I recorded them that one day I would incorporate them into an album. I composed the music for this new album quickly, it only took about nine months, from October 2010 to 2011. The tapes were in a box in my studio all the time. There is about a half an hour of recordings for each month (January 1987 to December 1989). In the end I used less than I thought I would. 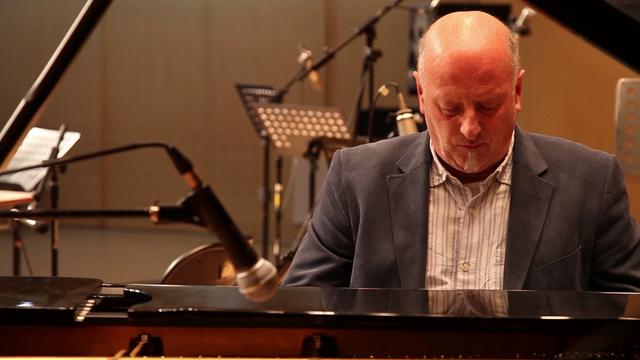 The messages are described as “intimate verbal time capsules”. How does this compare with memories evoked by flicking through old photo albums?
More like old family movies. They really give a crystal clear idea of an artist’s life in a Merrion Square flat in Dublin in the 1980s. The music came first and then I fit the messages in with it.

When you played family and friends the finished album for the first time, what was their reaction to hearing their words along with the music?
Somewhere between muted and amused.

Was it difficult to include passages from loved ones who have since passed away?
No it wasn’t, as I was coldly fitting the text with the music. After the pieces were finished I felt an emotional response as an artist to the work and how the combination seemed greater than the sum of their parts.

What’s the significance of the street depicted on the album cover, and when was the photo taken?
The photo was taken recently by an old friend Paula Nolan who places photos she takes of Dublin cloud formations on her Facebook page. I ‘liked’ so many of them and this one in particular struck me and magical. Clouds and the sea give a feeling of permanence/impermanence.

One of the most poignant passages is Coat Hanger Kisses. What’s the story behind this message from Jonathan Philbin Bowman [the journalist who died tragically in 2000, aged 31]? It’s difficult to tell whether it’s a late-night stream-of-consciousness or a brilliant fully-formed poem.
It’s part of a longer message he left when he was talking about the joys/difficulties of being a young father, and then he suddenly went into this – a stream-of-consciousness by a young mind on fire.

Some spoken messages in tracks such as Chalant Parts 1-3 and Voices of Parents are not fully coherent. Do you expect listeners to decipher the words or let the messages weave into the music?
In Chalants Parts 1-3 it’s on purpose, to give a foretaste. In Voices of Parents the words are meant to be heard, though I realise there may be very few that are hard to hear because of the piano chords, but you can guess those few I hope.

There must be a great sense of achievement in finishing an album, especially one that was 10 years in progress [Babel]. Did the feeling differ when you finished Chalant – Memento Mori
Babel still gives me a thrill. I try to pick holes in it even now, 13 years after its release, and can’t. I am a reviser, and made sure all the pieces reached what I call ‘saturation revision’ and that means all the pieces last forever to my ears. I released it on my own label for my 50th birthday and felt an incredible sense of achievement. This one wasn’t quite such an effort but nevertheless there is the thrill of having completed another project that had been on my mind for so many years.

Cue music journo cliché: this is your ‘most personal album to date’. How did composing and recording compare with an opus like Babel, which involved almost 50 collaborators?
Apart from the people who left the messages, which is a kind of collaboration, the only other collaborator was the Iranian singer Ahmad Alkaran. Other than that, it was me, a piano, the messages and software. For Babel it was an 8-track tape recorder, hardware sampler, Fairlight computer music instrument, loads of singers, actors, soloists, writers etc.

Tracks such as Wassane, and Ahmad Prelude and Ahmad Melodies offer a “hint of exotic imagined cultures”. Was it a conscious decision to place these compositions alongside everyday telephone exchanges, which have become more emotionally resonant as time passes?
Yes. The Chalant part is the exotic imagined cultures, and the Memento Mori part is the phone messages. They overlap musically and I chose to place these two worlds together, as both have something to do with race memory.

Answering machines are generally used to record messages in our absence, but your own voice is recorded on some passages here, in conversation, notably the conversation with Steven Berkoff about your score for his production of Oscar Wilde’s Salome. Did you consciously decide at the time that you wanted to document these important moments in your life?
There’s that and other tiny bits of my voice elsewhere, to show my brief presence as well as large absence. I decided then and there.

In an interview you once said, “My life would be far less rich if there wasn’t theatre in it”, adding that productions get you out into the “big bad world”. How do you balance composing with performing and working in theatre? Is Operating Theatre still a going concern?
We wound up Operating Theatre a few years ago but there are some tracks from the early 80s coming out on an Irish Post-Punk collection on the Finders Keepers label soon. I love working in theatre to bits and am doing a little more concerts than I used to as a pianist/keyboardist. I am hoping to tour [presenting Memento Mori] with Congolese guitarist Niwel Tsumbu and singer/cellist Vyvienne Long in the coming months. Niwel and Vyvienne are two geniuses that I admire and they both live only down the road from me. 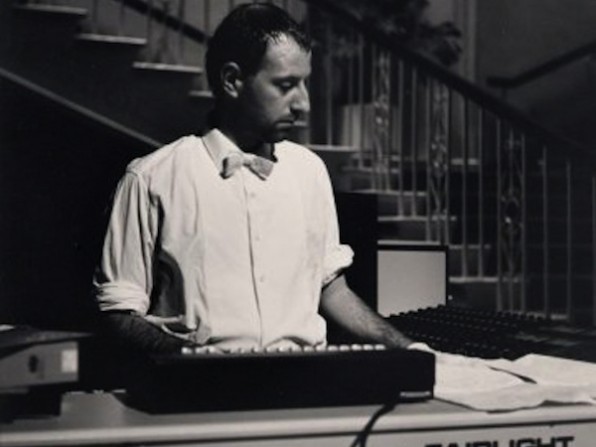 You celebrated your birthday in 2009 with ‘Roger Doyle@60, a Celebration in Sound’ at the last ever Dublin Electronic Arts Festival, which is sadly now defunct. How did it feel to be honoured by electronic musicians and promoters who regard you as a pioneer?
I was honoured by being honoured. The people at DEAF were so supportive. Initial contact was from me asking, ‘Can I be in your festival?’ and I was overwhelmed by the response.

The DEAF is one of the many cultural casualties in Ireland through a lack of funding. As a composer and performer, how does the current climate compare with making a living through music in previous decades?
Composing music for me is the most enjoyable waste of time. There is no career in terms of regular income and there never was. I was elected in 1986 to Aosdana, a State-sponsored academy of creative artists, and receive a small stipendum each year from that, and that has saved my artistic life. There would be no Babel without Aosdana, no Chalant without Aosdana. I am able to compose every day and I do. The decades come and go and I am grateful I was young enough for it to have made a huge difference to me that I got in when I did.