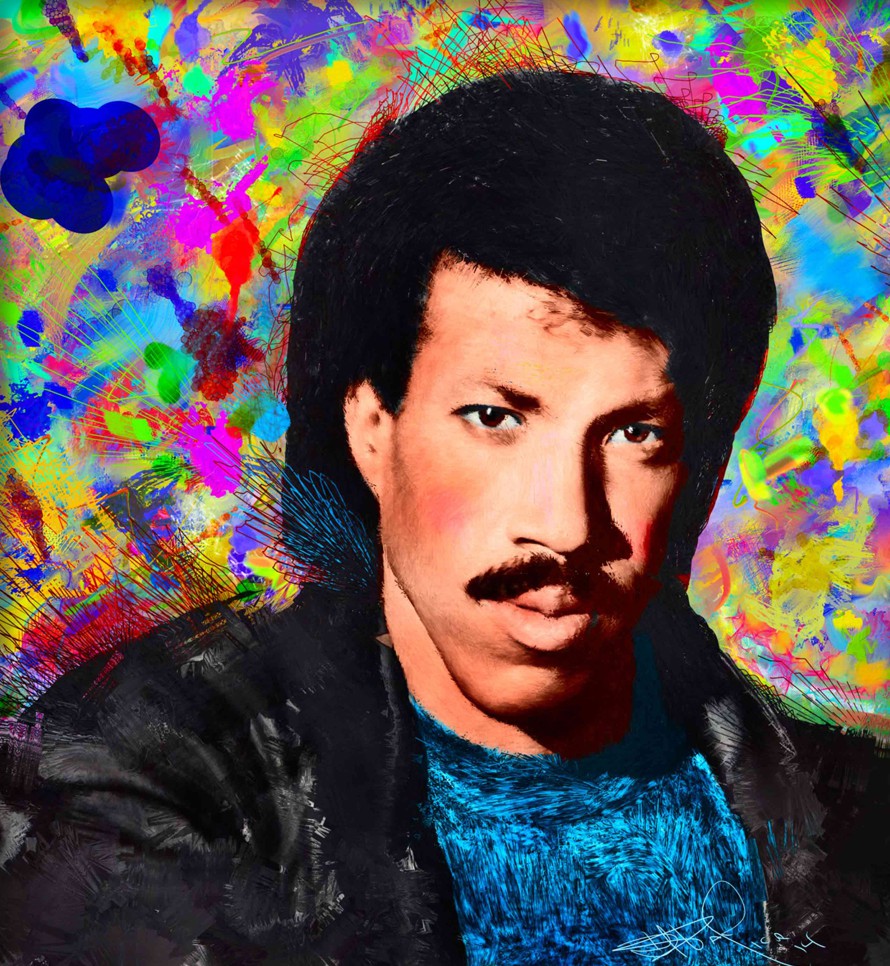 LIONEL Richie’s latest tour is dubbed All the Hits All Night Long — but has Lionel played any other type of gig in the last 30-odd years? We’re all for blockbuster artists reinventing themselves, cleaning the slate and taking left turns — see Bob Dylan, Johnny Cash, Prince, Bruce Springsteen and even U2 for details — but we know exactly where we stand with the Motown legend and the biggest grin in pop. Lionel Richie will never have a ‘difficult phase’, or trip himself up in experimentation. He won’t be reinvented by producer Rick Rubin as a stripped-down soul outlaw, or hook up with Kanye at the Grammys (that’d be awesome though).

What Lionel promises is the slickest pop-soul-funk-R&B show, delivered by a tongue-in-cheek ringmaster who knows his exact role as the ultimate entertainer. He said when announcing the tour: “I’ve been around artists who say, ‘I just won’t play the hits, I’ll play something new. That’s why I’m saying it’s all the hits all night. This is just back-to-back karaoke on steroids!”

In the last few years he’s become a living meme with the Lionel Rich Tea mugs, endless gags about the Hello? video and ‘Is it me you’re looking for?’ missing posters, but he’s firmly in on the joke. And he’ll be the first to intentionally over-egg the cheese fest at Glastonbury when he plays in the traditional heritage act Sunday slot this year. The last time I was at a Lionel gig (Christmas present for my ma, no laughing at the back) in 2007, he treated the show like his own roast, jokingly getting “the ladies in the house” riled up while slagging the men for being dragged along to listen to cheesy love songs. He put on a 3am drunk piano man act complete with straggly bow tie hanging down the sides of his collar before a pin-drop emotional Easy, and egged the crowd out of their seats to the front of the stage, to prove they weren’t as old as him. He even does a line in ironic t-shirts at the merch stall, getting one over on internet bootleggers. And what hits! Joking aside, Lionel has one of the most dependable bunch of songs to get any arena up doing the awkward uncle aisle dancing.

Richie’s career is one of two eras — with his early years as frontman of The Commodores still forming a big chunk of his set. He drops the big ballads like Easy, Three Times a Lady and Oh No, but he doesn’t leave out the dirty bass-heavy funk of Brick House and the disco horns of Lady (You Bring Me Up), backed by impeccable funk session players. After a decade or so in the Commodores, Richie felt like smoothing things even more by going solo, ironing out a lot of the tough funk grooves for a high-gloss pop production and an even bigger emphasis on the famous ballads. Richie propped up Motown in the 80s, bankrolling the otherwise struggling label with multiplatinum albums Lionel Richie (1982), Can’t Slow Down (1983) and Dancing on the Ceiling (1986). His true crossover appeal was sealed in his high camp singles All Night Long and Dancing on the Ceiling — two of the funniest and most infectious singles of the 80s, and a staple on every throwback disco or ironic YouTube party. And besides these karaoke classics, Lionel can draw on other belters like the disco funk of Running With the Night and the 90s R&B of My Destiny — along with the unashamed torch songs that most of the audience were holding lighters to way before mobile phones.

Lionel admits he stepped off the gas in the late 80s to take care of his dying father, then worked on building his fanbase in Europe when rap and grunge started to take over MTV in the States. His most recent album Tuskegee (2012) is his first since 1986 to sell a million copies, with his classics getting a rootsy Americana makeover — proving the songs can walk on their own without the 80s gloss. His albums may never again land him charttopping bullseyes, but every time he announces a gig punters will be lining up for some of that daft nostalgia, mixed with a roll-call of songs that soundtracked all their awkward slow-dances. He also hinted recently that he may be getting the Commodores back together — so we may be dancing on the ceiling to Lionel well into his 70s.

DURING the fallout after the BRITs, with Madonna’s dodgy cape caper and Kanye West going on a victory lap around London for a week, we kind of missed out on who actually won awards. Not that the BRITs matter much to the rock duo, but the extra trophy on their mantelpiece is a hell of a sign that they’ve really crossed over six months after their debut album dropped. A few months ago, Mike Kerr and Benn Thatcher would’ve lost a few breaths when their name was taken in vain by guitar god Jimmy Page — who praised them for “taking rock into a new realm”. Led Zep legend page added: “They’ve taken the genre up a few notches.” They even picked up the Best British Band award from Page at the BRITs, after their Best New Band NME gong the week before — and if Page sees a bit of himself in the Brighton duo, who are we to get sniffy?

True enough, drummer Thatcher and bassist/singer Kerr make a hell of a lot more noise than most other chart acts. The pair have been brought up on a diet of dirty blues, but where quintessential rock duo the White Stripes dug deep into the raw and primal Delta blues, Royal Blood zoned straight into the left-hand fork taken by Led Zeppelin and their heavy disciples such as Queens of the Stone Age and Audioslave. Debut single Out of the Black, Little Monster, Ten Tonne Skeleton and Come On Over hit their influences bang on — with Kerr once gushing about QOTSA’s album Songs For the Deaf: “That album’s so melodic and so huge, without any screaming. That’s it for me.” After SXSW last year, and two dates supporting Arctic Monkeys in Finsbury Park in 2014, Kerr and Thatcher ploughed through festival slots at Glastonbury, Download, T in the Park and Reading and Leeds, and were well poised to drop their debut LP in August. The self-titled record was No1 here and the UK and within no time they’ve landed a golden ticket supporting Foo Fighters in the US and UK. They’d be in danger of burning out — it’s a big ask hoping to keep an arena tour running indefinitely on the fumes of one album — but they’ve assured fans they’re writing on the road so expect them to strike while the hype is still hot. If you’re a big fan you missed the boat to see them up close and personal in the smaller Academy in Dublin last year, but they’ve had enough practice on huge stages to hit all corners of the Ulster Hall and the Olympia.

TWO weeks after promoters Encore!!! laid on the Talking Heads Stop Making Sense event, here’s a chance to purify yourself in the waters of Lake Minnetonka with Prince’s Purple Rain on the big screen. Who cares if the acting’s ridiculous
— it’s a hell of a camp way to celebrate the purple one. The film is screening from 8.45-10.15, followed by a night of Prince classics and obscurities, and soul and disco from the era.

Punters have been willing in the summer over the last few weeks with festival bills announced — and Surgeon is landing in Cork tonight to launch Life Festival’s 10th anniversary. Techno innovator Surgeon won’t be all about the sunshine vibes — Birmingham’s Anthony Childs is one electronic music’s most uncompromising artists. From his pounding industrial sets to mixes that veer between Aphex Twin, Throbbing Gristle and his own colossal productions, you’ll maybe need one or two breathers tonight.

CONTEMPORARY classical organisation Bang on a Can are taking over the NCH tomorrow for one of their famed Marathon events as part of member David Lang’s 2015 Festival of Music. New York ensemble Bang on a Can All-Stars are joining So Percussion and Dublin’s Crash Ensemble and Chamber Choir Ireland to play two of the 20th century’s most iconic pieces. Brian Eno’s 1978 masterpiece Music For Airports is the four-track suite of tape-looped piano and impressionistic vocals that gave rise to the term ‘ambient’. Steve Reich’s Music For 18 Musicians (1978) is the definitive minimalist composition — crossing over into popular music due to its influence on electronic music’s phrasing and ever-evolving pulses and cycles.

IT’S 15 years since Caroline Herve became the de facto voice of electroclash with her deadpan gutter sex talk on her album with The Hacker. The French producer and DJ soon proved she wasn’t just a voice for hire after that boat sank, and she’s been a consistent player since — with a catalogue of electro, twisted pop and scene-stealing guest features. Expect plenty of techno, dirty electro and a few turns on the mic tomorrow. 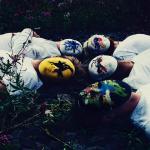 HERE’S a chance to catch the gloriously off-kilter Meltybrains? before they head to SXSW and cause a commotion. This Cork gig finishes a run of home shows that’s left a trail of wide-eyed wonderment for their psychedelic ‘pop-jazz electronic improvised post-rock’ (their own Bandcamp tags). They’re destined to do better at SXSW than the fictional Beefheart-inspired band in Lenny Abrahamson’s 2014 film Frank — even if they’re just as unhinged and unclassifiable. 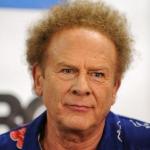 IN A perfect world, Simon and Garfunkel would still be pals and it wouldn’t be Sting joining Paul in the 3Arena next month. But dry your eyes, Garfunkel nearly called it a day five years ago when his voice gave up — and this latest intimate tour is his Rocky-style comeback. Still, it’ll be a bittersweet experience hearing Art sing Bridge Over Troubled Water and the Sound of Silence on his lonesome — but it’ll maybe add even more pathos to the definitive melancholy songbook. 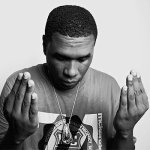 Rapper Jay Electronica is the kind of artist who can hang in the underground and still have Jay-Z turn up to his shows and storm the stage for a verse. The New Orleans MC and producer is keeping us waiting for a full album, but he’s got plenty of commanding rhymes — from the dirty soul of Exhibit A and Exhibit C, to experiments with verses over soundtrack cut-ups and endless drip-feeds online.