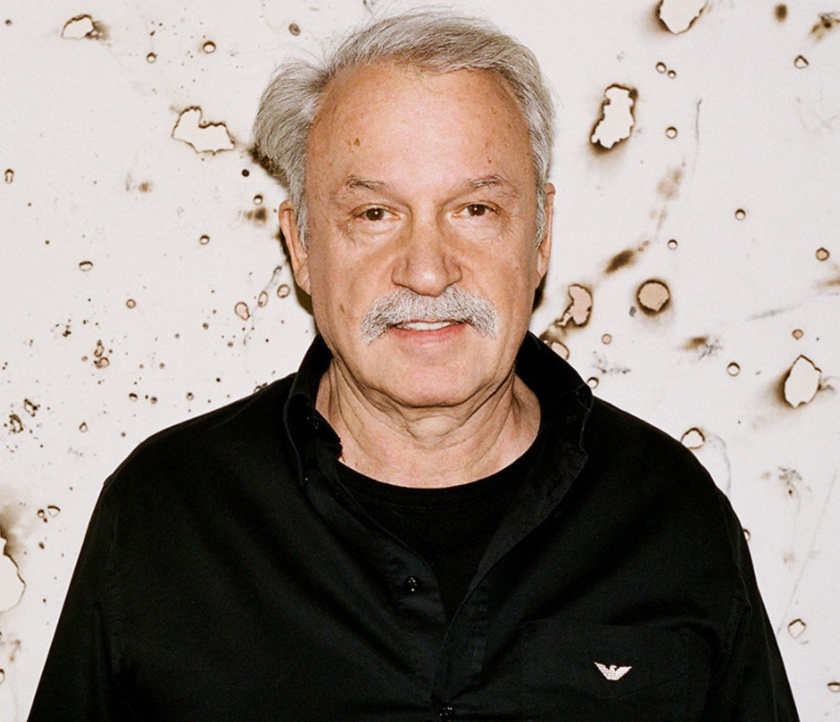 Afew A Few years ago if you’d predicted Giorgio Moroder would be making music with Kylie Minogue and Britney Spears you would’ve been laughed out of town.

The Italian’s legacy as one of the greats was sealed in the 70s when he rewired pop culture by plugging himself into the Moog synthesiser and mapping out the next few decades on the dancefloor.

But Moroder admits the last 15-20 years were spent in “semi-retirement”, until his capital shot up when uber-fans Daft Punk called on him to give his life story on their Random Access Memories track Giorgio By Moroder.

“Until then, I thought the only music I would be asked to do would be maybe a movie, but I never envisioned that I would be able to get an album deal, with singers like Kylie Minogue, Sia, Britney Spears, so I’m quite happy that happened,” he says.

When Moroder says he’s “quite happy” to be making a big high-gloss EDM album at the age of 74, it’s just one example of understatement in our phone chat from his home in LA. The producer and synth legend behind some of the most flamboyant pop songs in history – from the Top Gun and Scarface soundtracks to all-time OTT classics like Together In Electric Dreams and Flashdance – has a matter-of-fact tone that borders on comical.

When he recalls composing Donna Summer’s I Feel Love as the first dance track to fully use the Moog synthesiser, he says he “did a good job”, as if he could bypass synth-pop’s pinpoint Eureka moment with barely a pat on the back.

I Feel Love went on to sell a million copies in 1977, and its bassline is the blueprint for every arpeggiated synth-bass since, and he does allow himself to beam a little when he recalls: “It really started in England when Brian Eno told David Bowie that he thought it was the sound of the future, and I was certainly very happy about that.”

Giorgio went on to work with Bowie on the Cat People soundtrack, and his list of other collaborators includes the Human League’s Phil Oakey, Debbie Harry, Cher and Kenny Loggins (!), and he turned Sparks from art-glam pranksters into the first synth duo in 1979 with their album No1 In Heaven.

He says of the Mael brothers: “I always liked them, especially of course This Town ain’t big Enough For the Both of Us, I loved it. And then I met them in london, and they asked me if we could do an album together and I was very happy to do it. In fact they are still really great, and their album with Franz Ferdinand is great. So I think my deal with them was correct – they are not just a little group with a fun song from 40 years ago… they are still working hard and doing well.”

Moroder’s general humble tone shines through as he seems genuinely excited to be back making music. Deja Vu is his first album for over 20 years, and while it’s a hi-definition maximalist departure from his analogue classics like E=MC2, From Here To Eternity and I Wanna Rock You, he’s relishing jumping in with the EDM kids.

“First of all it’s great to be back with electronic music, music that I really love,” he says. “I have been listening  to dance songs for years, the sound is becoming so great. People create new sounds all the time, it is almost like every new electronic music song I hear has new sounds, I just love it.”

This fascination with the actual sound rather than just melody has fuelled Moroder’s electronic music fixation since he first heard Switched On Bach by Walter Carlos, whose Moog versions of Beethoven gave the Clockwork Orange film its industrial, mechanical edge.

“It was not by coincidence that I got into electronic music,” says Giorgio. “I really loved Switched On Bach, which was all on synthesizers. Then the first time I saw a Moog physically I loved it. I thought, ‘This is my new instrument,’ because of the actual sounds. Walter Carlos created the violins and the oboes and the cellos, but I thought I could be different and create a dance album using only the sounds of the Moog. It was quite a job to find sounds that could be like snares and hi-hats, and finally I think I did a good job. and it totally opened new ways to record with the synthesiser.

Bar Nile Rodgers who’s a mere 63, Moroder is at least a generation older than all the other DJs and live acts at Metropolis festival this weekend, and he laughs about starting a DJ career in his 70s. He played his first set at a New York Red Bull Music Academy in 2013, and he’s been racking up festival and club dates, reclaiming the dancefloor after his long time-out, dropping tunes he’s had a hand in, like Blondie’s Call Me, Donna Summer’s Love To Love You Baby and Hot Stuff, as well as his iconic soundtracks from Midnight Express, Scarface, and his new cuts such as 74 Is the New 24 and his collaboration with Britney Spears – the cover of Suzanne Vega’s Tom’s Diner. We ask if he’d stretch it to play the NeverEnding story and he straight-up says: “I certainly will do that… that’s a promise.”

Despite being a touring guitarist and bass player for a decade before discovering synths, and securing chart hits and Oscars, Giorgio is new to big live crowds, and it feels like catching up on a teenage ambition.

He says: “It was always my dream to perform in front of a big audience, and as a singer you have to be really successful to be able to sing in front of 10,000 people. But just lately I performed to 25,000 people in Hyde Park in London, and you couldn’t ask for more than that.”

Moroder said in a recent interview that Tony’s Theme from Scarface was his personal favourite – a dark, dirgy paranoid piece that’s many degrees of separation from his electro-disco dancefloor hits. The Wheel, Chase and Cacophany from Midnight Express suggest a parallel path of minor key dark and droney ambience, but Moroder says that he’s sticking with the dancefloor for now.

“Hmm, I don’t know, one of the first darkly albums I did was called Einzelganger [1975], which unfortunately didn’t do well at all. But those dark sounds I can do, they would be better for a movie. For example Daft Punk’s music for Tron, that’s a project I would love to do.”

He’s not too far behind his robotic disciples, as Moroder has been working on a new soundtrack for the next Tron Disney game, and he adds: “Then I’m starting work on a serious film, quite dark actually, called Queen of the South, that’s quite an interesting show, and I think there is a commitment for five years, so that is a solid thing to do. I really am getting back into the music… back into the soundtrack business.”

He laughs, saying: “I can’t believe it but I think I need a break… but I cannot have a break now because it’s my time, and I’m going to have time enough to have breaks in a few years when I definitely have retired.”