Drake may be a living, breathing meme, but he’s arriving in Ireland on the back of eight sold-out gigs at the O2 Arena — so he’s no joke in fairness.

Drizzy has already spent the last few weeks in the UK telling fans it’s his spiritual second home, inviting singer Kyla and grime artists Giggs and Section Boyz on stage in London, and telling fans: “When I was working on this album [2016’s Views] I had London in mind.”

So watch out at his two shows this weekend if Drake tells the 3Arena that Dublin is the greatest — but on this Boy Meets World tour you’re still guaranteed a perfectly scripted, tightly-honed display of showmanship from one of the world’s most bankable pop stars — who’s in the big league with Beyonce, The Weeknd, Rihanna Taylor Swift and Kanye at the minute. 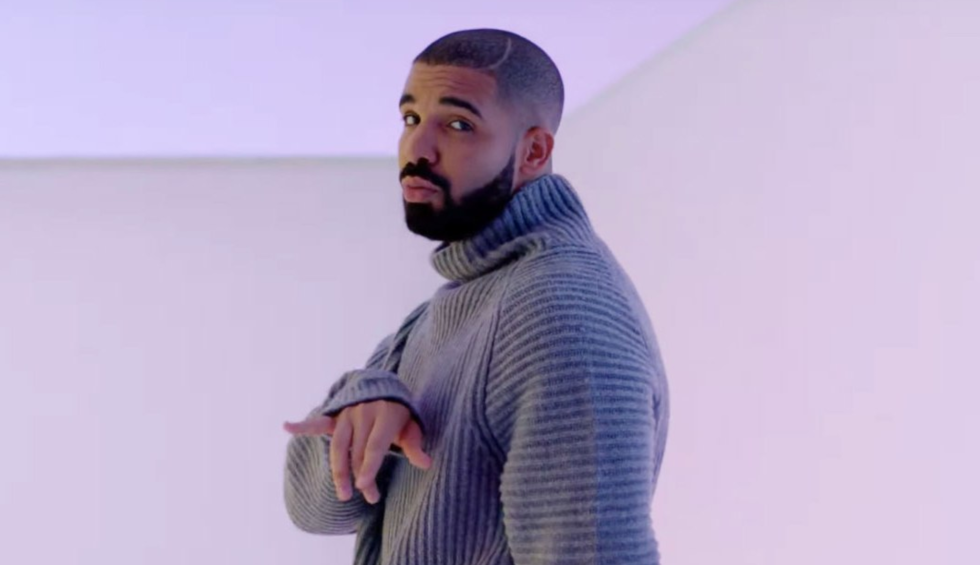 Sure, his rap credentials are mocked as often as his every move is memed — namechecking Toronto suburbs won’t match Wu-Tang’s Staten island kung fu mythology, and his melancholy introspection causes sniggers from hip-hop OGs — but he’s wearing both the rap and pop hats with a good-natured swagger.

Views is one of the blockbuster albums of recent years — it spent a quarter of last year at No1 on the US Billboard chart and was the first album on Apple Music to reach over a billion streams.

The album’s streaming triumph was bumped up by Hotline Bling — Drake’s smooth sad sack ballad, with mock-ups of him dad dancing in a cashmere sweater and red puffa coat taking up about 20 per cent of the internet at one point.

The album is a pretty bloated affair too — 20 tracks over 80 minutes, which also helps rack up the streams as well, to keep his PR team happy. And as well as his usual R&B flavoured trap and glossy hip-hop, the album also has Drake tapping into some PG-rated dancehall on Controlla, One Dance with Kyla and Too Good with Rihanna.

The slinky Jamaican riddims will surely form their own mini-set at Dublin’s , along with his slow jam section, his hip-hop shout-outs and his soul-searching.

And with virtually all of his singles in the last five years charting, he’s been forced into a ‘best bits’ section — performing many hits as a medley of hooks, rather than back-loading the set to keep the big ones for the encore.

Reviews of the tour have marvelled at the minimal art installation light show and pulsating orbs as well as a 40-song set over two hours, so you’re guaranteed he’ll play your jam — he wouldn’t want that nice guy crown to slip.

We may have hit peak Drake on the internet, but he’s been even bumping up his real life currency this week in the UK. Apart from the aforementioned grime guests and calling out fans in the front row, Drake apparently tried to intervene to help talk down a suicidal man from the Mancunian Bridge in Manchester when his tour bus was stuck in traffic, and spent a few grand buying his crew Domino’s pizza.

He’ll be in Dublin for a few days so expect him to get involved somehow — expect brand Drake to be bumped up a few notches by the time he leaves.