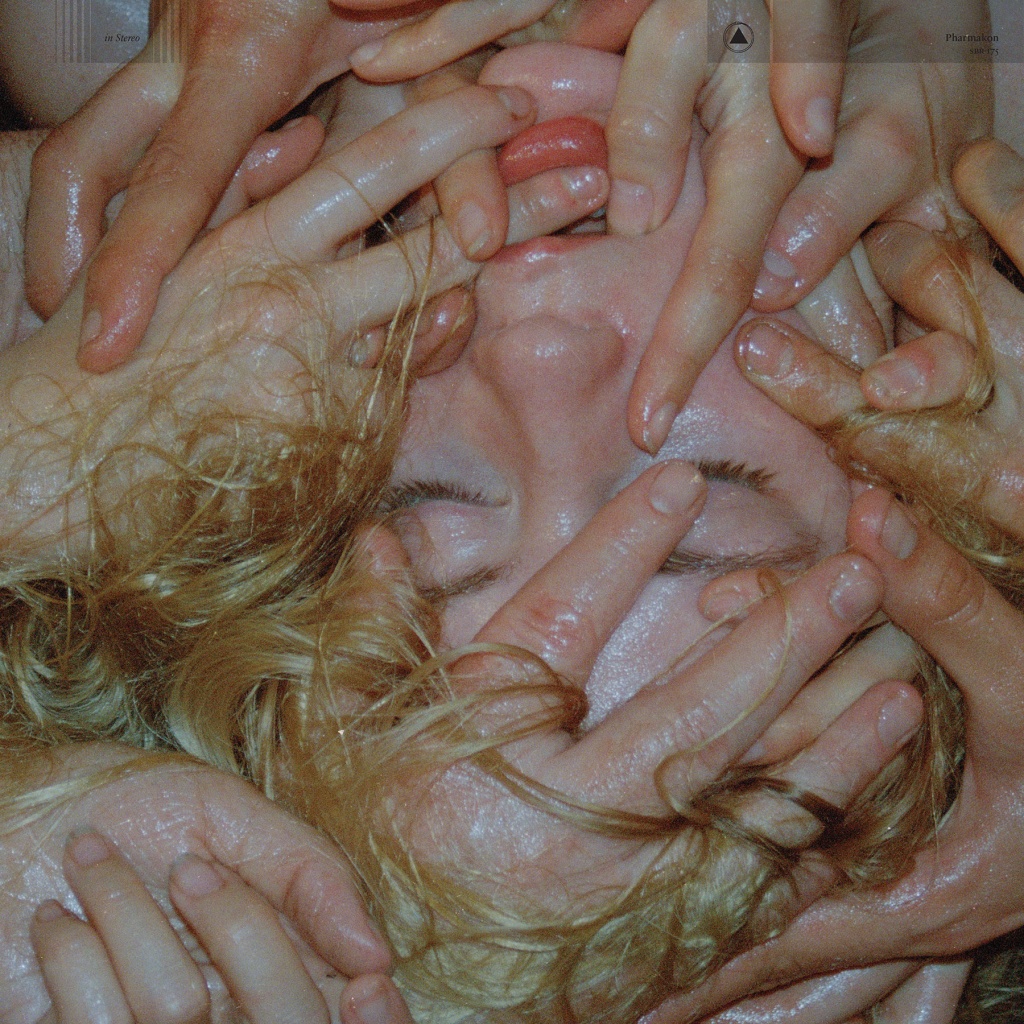 Well here’s one album you can judge by its cover. As Pharmakon, New York noise artist Margaret Chardiet makes a sort of electronic body-horror music as oppressive and invasive as the oily fingers pulling at her face, lips and matted hair on Contact’s artwork.

And while we’re at it, her 2014 LP Bestial Burden shows her torso covered in cuts of meat and offal, and 2012’s Abandon has her scooping handfuls of maggots out of her crotch. Pharmakon’s work is immediately confrontational and visceral in the literal sense, with contorted shrieks, howls and power electronics sputtering out, as if rupturing her own knotted tendons instead of the circuits and wires in her synths and pedals. It’s a human-machine interface that retches all over Kraftwerk’s utilitarian ideal.

The song titles are explicit too – Nakedness of Need has a breathless, frantic Chardiet wailing like a tortured child behind rusty metallic dub, and Sleepwalking Form is a sludgy, eviscerating dirge with a zoned-out pulse. No Natural Order is framed around Chardiet’s throat-shredding feral screams that border on black metal vocals  – with an insistent cast iron thud like 50 dungeon doors being slammed at once.

Contact marks the 10th year of the Pharmakon project, which means Chardiet has been in this cycle of debasement and catharsis since she was 16. While many people struggle with anxiety and panic attacks, she told the Quietus recently that as a kid she had what she called “death attacks”, saying: “All of a sudden I would just realise that I was going to die in a way that was not conceptual at all.”

In the same way Swans’ leader Michael Gira winces at the idea of his band’s brutality and oppression  – saying their goal is “ecstasy” – Chardiet says she’s aiming for empathy and transcendence. She says Contact is “about moments when our mind can come outside of and transcend our bodies”.

You really would need to read the press release to get this though. Contact still sounds pretty fucking terrifying to me.