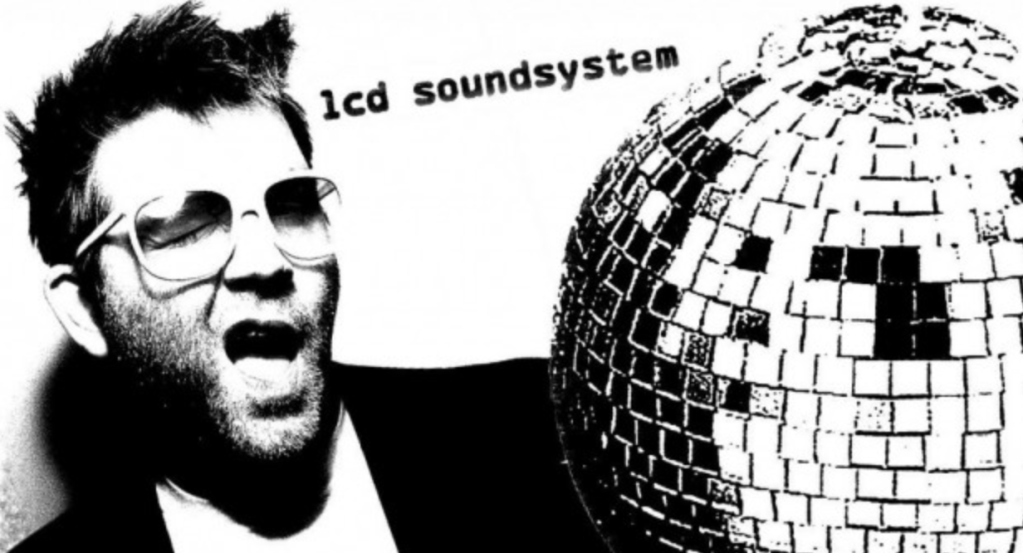 A few decades before one US regime declared a war on terror, America’s white rock’n’roll vanguard initiated conflict on a “type of soul-based dance music” that just wasn’t man enough.

In 1979, possibly inspired by Adolf’s well-documented bonfire nights, Chicago radio DJ Steve Dahl, along with baseball promoter Mike Veeck, invited all good ol’ boy rockers to the Whitesox stadium to burn all the Chic records they could find, and start a proper disco inferno. A riot or two later, it was decided that “Disco Sucks”, and they all rode back to Sweet Home Alabama, blissfully ignorant of the house music phenomenon that was already being forged from disco’s embers.

And so the tired ‘rock vs dance’ battle was instigated. In the 80s, round one went to the wanky guitar solo and the first disco movement was relegated to CD box sets “not available in shops”.

As with many of these “highly sought” classic disco compilations, LCD Soundsystem’s debut album cover bears a disco ball, although it’s a negative print with no glitter – a washed-out relic. After apparently slaying the rock monster through most of the 90s, it’s now dance music’s turn to play dead. Well, so NME says, and if Daft Punk came to your house for a party these days would you even give a shit? After all, they’re not called ‘The’ Daft Punk.

Album opener Daft Punk Is Playing At My House opens with a yelp amid a processed guitar riff that harnesses the three chords laid out in 1970s punk doctrine. Singer (and album writer, producer, performer) James Murphy’s character has waited “seven years and 15 days” for the privilege, but at least the robots are brewing a “freak-out”.

James Murphy knows all about trends, having set them for the last two years as one half of New York production team DFA, producing and remixing, among others, The Rapture and Black Dice. Murphy has avoided the either/or categorisation, melding wiry guitars, fuzzy electronics and house beats, causing journalists to feign “borrowed nostalgia from the unremembered 80s” and to wax lyrical about post-punk legends as Pere Ubu and Gang of Four.

LCD Soundsystem is an album of two halves – disc one is the album ‘proper’, while the second CD includes Losing My Edge, and Yeah, essential 12-inches of recent years that have ensured fever pitch anticipation for this debut.

The ‘album’ makes a few departures from the raucous glitterball hedonism of the previous singles, as Murphy tries to distil 30 years of underground punk, funk and electronica into nine tracks, using Tarantino-esque referencing – he’s a music fan before musician.

Losing My Edge’s protagonist, a tragically hip scenester, worries about all the “internet seekers” who are “coming up from behind” with more relevant records in their bags, even though he had “everything before anyone”. He resorts to chronicling his supposed part in various underground movements (“In 1968 at the first Can show in Cologne… the great Jamaican soundclashes… naked on a beach in Ibiza… I was there”). He also manically lists all the significant music he knows, from Suicide, The Slits, Human League, through to Detroit techno – a handy addendum for critics keen to pin down LCD’s forebears.

Those without shout-outs are wryly plagiarised – Disco Infiltrator’s undulating synth motif is a first cousin of Home Computer by Kraftwerk, while the industrial drills resonating in Thrills recalls The Normal’s Warm Leatherette. Elsewhere, Tribulations is glued together with a waspish 303 bassline, the only direct electro-pop song on the record.

Murphy attributes his nasal stutter vocal delivery to a Mark E Smith fixation, once saying: “The Fall are my Beatles”, although he does make room for White Album Psychedelia (Never As Tired As When I’m Waking Up), and the ethereal album closer Great Release, which evokes Another Green World-era Brian Eno.

There’s the inevitable risk that such direct plundering may result in crude pastiche, although Murphy doesn’t believe we should always let bygones be bygones. His concoction is one that seems familiar, yet infused with an urgency that nullifies any attempts to categorise by influences.

Maybe against his wishes, Murphy could be becoming the ‘New Thing’, one of his own characters, and in the words of On Repeat, “here comes the new stylish creep”. 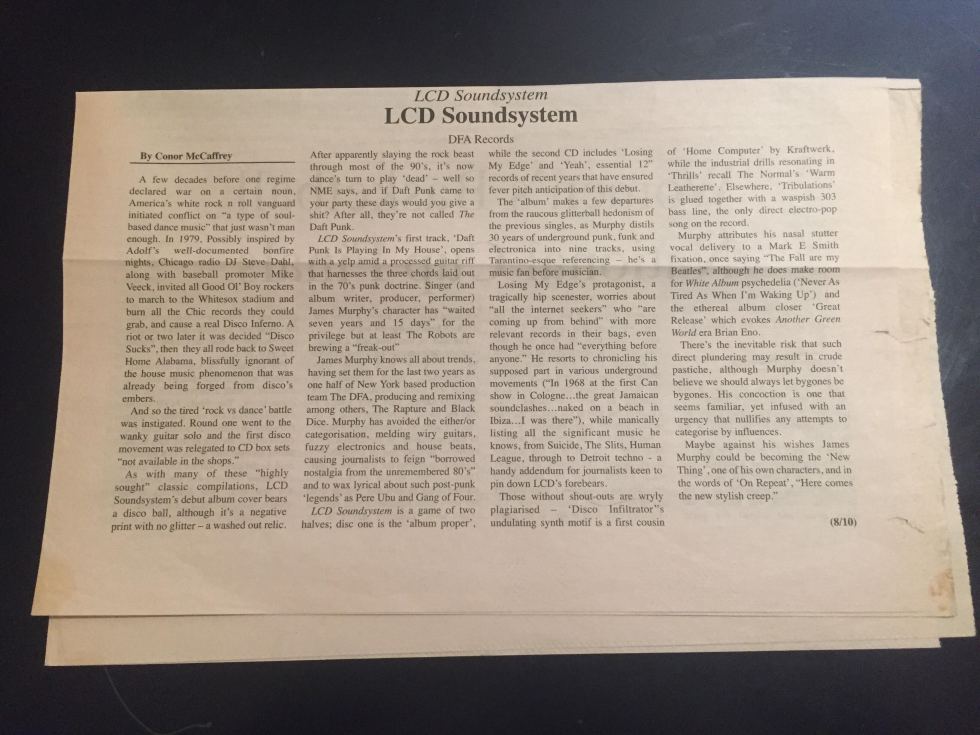