Through the summer in Ireland there’s a revolving door stream of outdoor gigs to indulge in, and Belle and Sebastian’s headliner at Dublin’s Iveagh Gardens last July went down as one of the most joyous of the year.

The Glasgow act, led by Stuart Murdoch, seemed a gamble for a party in the park, with their unassuming indie-pop shying away from bells, whistles or grand flourishes, but they’re armed with 20-odd years of arty tales the right side of pretentious, and a devout fanbase hanging on every album since their 1996 debut Tigermilk.

From the off, Belle and Sebastian – and their name that references the French literary novel Belle et Sebastian – were real outliers in the mid-90s UK indie-rock scene, stifled by retrograde Britpop bands and the lads on tour media scraps of Blur and Oasis.

Tigermilk was a delicate yet assured release, with acoustic strums, electronic pop and string and horn arrangements from a group who took their cues from Scott Walker and Stereolab rather than the Beatles and the Stones.

The LP was recorded over three days, with 1,000 copies pressed on vinyl years before that was a kudos point. Within six months, Murdoch put down roots by putting together a full band, and they released the follow-up If You’re Feeling Sinister – still their most cherished album, and a record that features heavily in live sets. 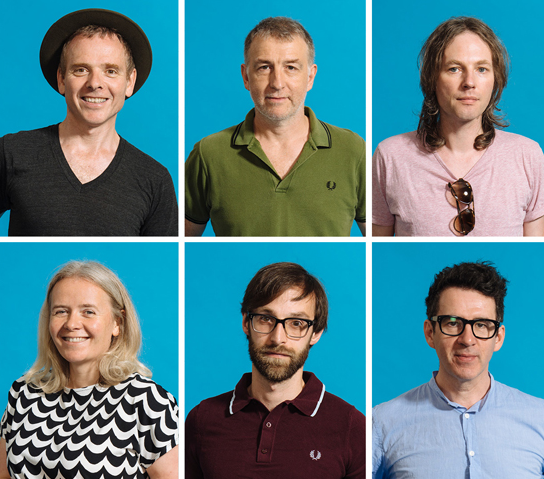 Recent reviews suggest that rather than focusing on their – rather superb – recent collection of EPs How To Solve Our Human Problems Pt 1-3, they’re digging deep through their back catalogue for fan favourites, album tracks, B-sides and live essentials like Judy and the Dream of Horses, The Boy With the Arab Strap and The Same Star.

And if the Iveagh Gardens gig is anything to go by, get there early for a spot near the stage, as Murdoch is prone to inviting the first few rows up for a stage invasion near the end. You don’t want the jealousy/FOMO bomb I was hit with at a recent gig when Nick Cave grabbed dozens of giddy heads up for a swaggering Stagger Lee while I watched from the sides biting my lip.

You should also make a point of arriving early for support act and fellow Matador Records label mate Julien Baker – a perfect intro course with her stark guitar picking and piano-led creations. She’s been on tour with B&S all over the UK, and she’s been building on the vote of confidence.