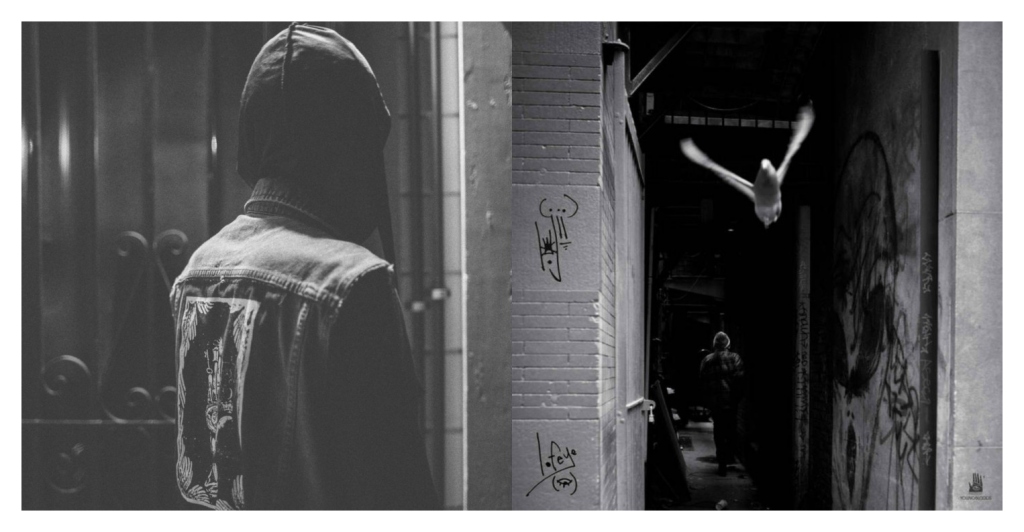 Philadelphia rapper lojii says lofeye is “about working with limited resources and making the highest quality life out of what the fuck you got”. He maintains it’s lo-fi hip-hop by circumstance and not just aesthetic, and it’s one of the most inventive and compelling records of the year so far. Six9 is a woozy psychedelic cut held together by a meandering post-punk bassline.

The Skull Eclipses is an inspired team-up of Philadelphia rapper Lushlife and Texas producer Botany – with collages of 90s electronica, ambient and trip-hop styles that’s as much indebted to the Focus Group or cLOUDDEAD abstractions as Lushlife’s on-point classic flow. Pillars is one of the standouts, with added polyrhythms from Shabazz Palaces’ Baba Maraire and an infectious R&B hook by Felicia Douglass.

Earth band leader Carlson’s first solo album under his own name is a half-hour of widescreen vistas and another example of the hypnotic power of repetition. The album opener is a 13-minute epic that snakes along with subtle variations on a twangy desert blues riff, with amp hum and overdrive swirling like a sandstorm.

The most minimal Grouper record to date, Grid of Points is mostly just Liz Harris on piano and treated vocals, with all the added ambient reverberation you’ve come to expect. The 21 minutes of music here were written a few years ago in a week and a half, before the onset of illness halted things, until now. Blouse is the most delicate track on the album, with stark, slowly tapped keys and abstract vocal murmurs.

Shanghai-born artist Rui Ho fuses Traditional Chinese music with modern electronics, with their latest project a wispy, ambient synth journey with elements of trance hit at different angles. Theia Impact is the most cosmic track on the record, with its maximalist synth sweetness and glistening effects.

UK producer Matt Karmil’s latest album Will is as deep as house music gets, with a melancholy fog underpinning the downbeat soft-focus ambient edges. Can’t Find It works as a centrepiece of the album, a subtle submerged pulse as hypnotic as any of Wolfgang Voigt’s GAS releases.

This new LP from Swedish producer Peter Olof Fransson is a comfort blanket collection of space age cosmic lounge music that sounds like it’s been unearthed in a vault of 1970s library composition gems. With 16 songs over 35 minutes – each one with the word ‘Galactic’ in the title – it never veers off course from the simple brief, but it all feels like a celebration of naive wonderment.

Larry Heard’s first album as Mr Fingers for nearly 25 years is another blissful collection from the deep house icon. While a lot of Cerebral Hemispheres pulls on jazz, R&B and soul, Electron is a propulsive sci-fi synth arpeggio jam straight from the Tangerine Dream play book.

9. Boy Harsher – A Realness (Yr Body Is Nothing LP)

This debut LP by synth duo Boy Harsher is a new edition of their 2016 debut, and it hasn’t lost any of its potency over the last two years.  A Realness is emotionally taut gothic EBM/darkwave pop with a melancholy gear change halfway through that’ll knock you off balance.

Producer Elysia Crampton’s latest release merges Andean rhythms and traditional instrumentation with her trademark ‘epic collage’ technique, leading to a rhythmically dense affair. Nativity is a giddy opener, with its mournful synths, gun clips, water splash effects and the sudden utterance of “Golgotha” as it finishes.

Dublin electronica duo Mount Alaska waited a few months to open up their 2018 account, but  pushed out two releases in April – the hypnotic remix of Feather Beds’ Headache Dreams, and this latest dream-like gem. A cornerstone of the current live show, Abacus is a perfect compromise between satisfying organic percussion and droney abstractions, that wouldn’t sound out of place in a Jon Hopkins set.

Dublin producer Eomac says his new LP Reconnect draws from traditional Irish music, Haitian voodoo, old skool jungle and Autechre’s abstractions, and you won’t hear more inventive rhythmic patterns on any other record in the loose techno sphere. Language Has Failed Us takes the voodoo polyrhythms to extreme levels, with a background electronic shriek that possesses you right away.

Head Technician is the new alias of electronic producer Martin Jenkins aka Pye Corner Audio, who’s behind some of the stand-out releases on the Ghost Box label – notably the LP Sleep Games. Profane Architecture is a concept album framed around his fascination with brutalist architecture, hence track titles like Beton Brut, The New Brutalism, Formwork and First Pour/Second Pour. This is beautifully-rendered analogue techno and acid, with a nod to Plastikman, A Guy Called Gerald and Aphex’s Analord series.

Phase Fatale’s 2017 LP Redeemer was one of my top albums of the year, with its relentless EBM-techno that pounds and fizzles with extreme menace. This hook-up with techno brutaliser Silent Servant could only go one way – a snarling shape-shifting bass drill, metallic kicks and industrial post-production.

The first album from Sunil Sharpe and DeFeKt as Tinfoil is a monumental slab of primal analogue techno, all improvised in the studio with the pair elbows deep in wires and reactive energy. Album closer Resting Point mirrors the “electrocution section” of their live show, when “all bets are off and we’re gonna crucify you”. This is abrasive, ferric techno for sure, but it feels more like catharsis than mere muscle-flexing. Sunil and DeFeKt discuss the Tinfoil project here.

Another outer limits release from experimental Swedish label FLUF, this one tagged on the mail-out as “a dense MIDI-driven rollercoaster”. Spanish artist Agnes Pe describes herself as a “cybermedia dumper, promoting an approach that challenges traditional genres”. This is real outlier music with a sense of playfulness – nine minutes of electronic blips and smithereens with no easy resolutions. Check out her amazing web 1.0 home page too.

Stoner sludge metal gods Sleep released their first album since 1999’s Dopesmoker on international weed worship day 4/20 and everyone freaked out – in a good way. The Sciences is a colossal six-track piledriver of Sabbath riffs, psychedelia and tripped-out solos, with the 12-minute Sonic Titan the strongest passage.

Blanck Mass’s move away from the original brief of serene droney ambience seems to be complete with this latest single – a vicious industrial hardcore punk track that Benjamin John Power says is an “anti-macho” pop song about two dickheads he observed at a truck stop while he was on tour.

“Recorded in 2018 in a spasm of hate” according to the Bandcamp release, CAPUT MORTUUM is the latest project from Dutchman Maurice de Jong, who’s behind some of the most depraved music of this century under his main alter-ego Gnaw Their Tongues. Rope Burn is a festering shriek of black metal that blurs your senses and eventually becomes a weirdly comforting white noise drone.