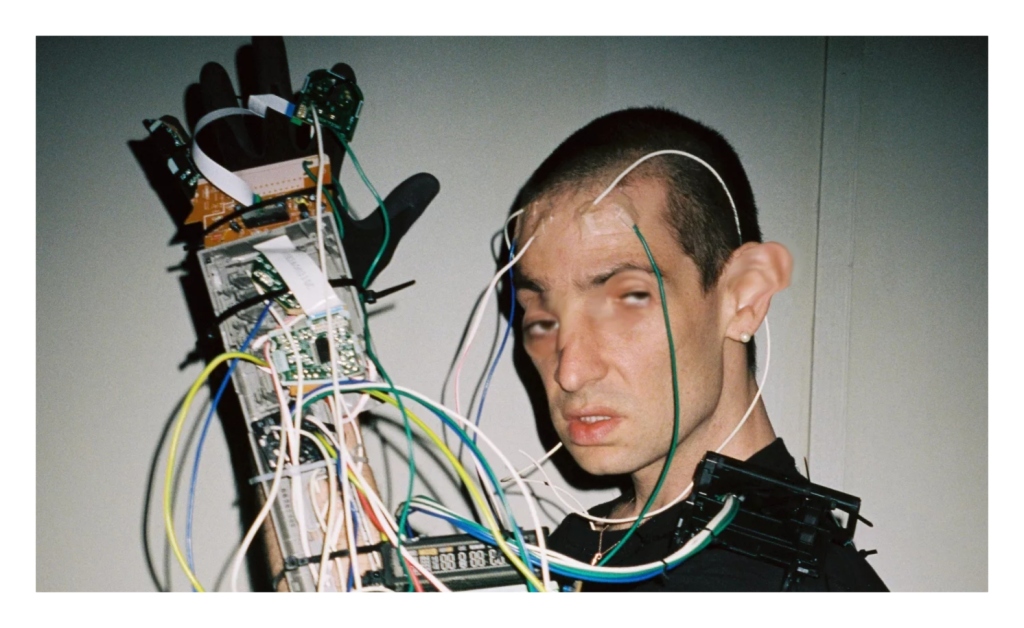 Here’s a new brain-wrong video from Melbourne artist Kirkis, who’s got plenty more weirdness where that come from. Dead Nightclub is the first track from his second album Kirkis 2 and follows his debut Vide – a true outlier record of electronic art-pop exploration.

Vide is a collage of shattered cold wave, glitchy psychedelia and MIDI jazz that makes Ariel Pink’s pop experiments seem positively on the grid. His voice is shape-shifted and hyper-reverbed for added detachment, and he points out that ‘Vide’ is the French word for ’empty’.

Matthew Kirkis is also a painter, filmmaker and sculptor, and also plays guitar in Floating Points’ live band, and this restlessness feeds into his compositions, which manage to wedge between your ears despite any discernible loops or conventional melodies.

The video for Dead Nightclub starts on a throbbing synthwave bass pulse and a driving scene, but it’s no LA Kavinsky neon fever dream with Ryan Gosling as eye candy. Instead it’s a Wurzel Gummidge type character on a nondescript ring road, scrunching his face up to a garbled sample of Michael Jackson yelping, “Who’s Bad?” and a grotesque pitched-up take on These Boots Were Made For Walking.

The video descends into a body horror nightmare shot through with industrial surrealism – Kirkis is molested by a sort of Wicked Witch of the West on a computer monitor, while the driver takes out a whip and repeatedly lashes the screen while Kirkis writhes in pain.

The music is a weird appropriation of David Bowie pointers with the wrongness dial turned up to 11, an uncanny valley of recognition – there’s the chords of “Heroes” (kinda), then a nod to the synth lead in Sound & Vision, and you can pick up the line “your face is a mess” occasionally. The abstract vocal is also an exaggerated Bowie affectation, taking his clipped China Girl cockney phrasing to fear-inducing extremes.