Electronic music has always been about specifics, but often it’s focused on the intricacies of sound design or a utilitarian blueprint for dancing.

Some of the greatest electronic albums and tracks are futurist concept pieces, abstract explorations or universal calls to arms, while on-the-nose EDM and mainstream dance music is focus grouped onto Spotify playlist conveyor belts.

Irish producer Daithi O Dronai’s new album is called L.O.S.S., and while he doesn’t go into the specifics of the acronym (“people can make it their own…), the record chronicles a distinct period in his life.

The title may have an obvious universal resonance, but the record is an intensely personal exploration of loss and emptiness. It’s also a record threaded with seemingly abstract field recordings, which in fact pinpoint specific geographical places, head spaces or transient moments.

“With a lot of electronic stuff, you can just download 100 snares and hi-hats or whatever, but they’re nothing to do with you. If your samples have a meaning it’s massively important personally,” he says. “A good example would be the first track Take the Wheel… there’s a run of audio of me when I went on a ferry to France. You hear the guy directing me where to go when I get out of my car. I don’t think anybody listening would realise, but when I hear it, I can place myself in a certain area.”

That first ferry trip to France is the real starting point for the story of L.O.S.S.. Two years ago, after an emotionally distressing break-up, Daithi self-medicated through making music in isolation. He packed his studio gear into his car and got the ferry to France, where his family have a rural cottage, with the intention of writing through it. 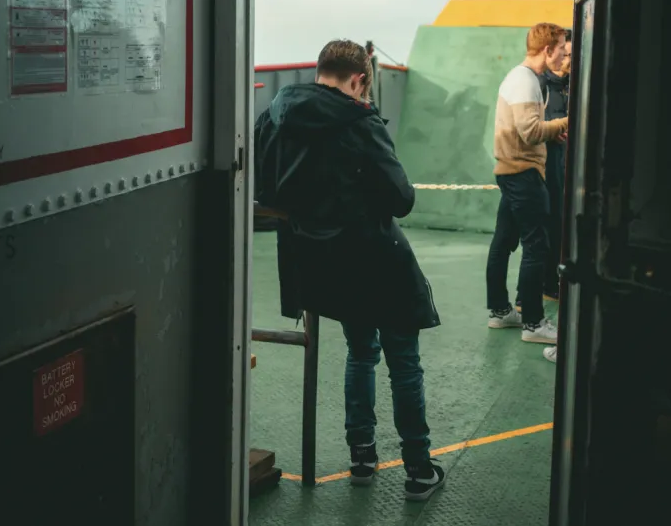 As a native of the Burren in Co Clare, time-outs in the fresh air are important. We’re chatting amid 5pm post-work pints on Dublin’s rowdiest inner city area around Talbot Street, and he’s almost yearning for his studio escape hatch.

“It’s unbelievable how better I feel when I have the sea close to me,” he says. “So any kind of remoteness, I feel way more comfortable. The type of music I make, you can have everything you need in a car. I don’t really work out of studios at all, I’ll rent a house somewhere, bring all the studio stuff to the house build a studio in it.

“When you’re completely on your own, there’s no distractions. No social media, email reply on. Being a full-time musician these days is 70 per cent social media and admin, and bubbles within bubbles. The reason I went to France was because I was worried I’d go back into the same kind of processes again and again.”

Daithi arrived in France with sketches and demos, and a vague idea of a recovery process, before it started evolving.

“I didn’t know what I was going to get out of this, apart from writing music,” he says. “I had melodies and the chords based around what I was feeling at the time. It was really uncomfortable and I never thought I’d use any of it. I never in a million years thought I’d be coming home with an album — I had sworn myself off albums!”

He came home with a collection of instrumentals that could’ve easily been a complete work — an album of Kompact-style piano-led techno, smudgy, melancholic textures and ambient passages, in the vein of Kiasmos or Nils Frahm’s neoclassical take on electronica. 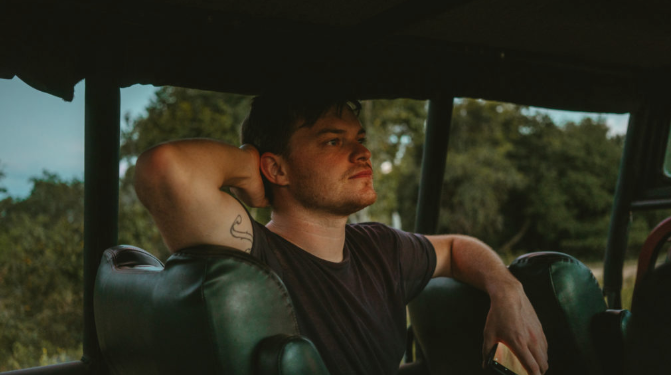 But a problem shared is a problem halved, and all that. After months of relative isolation, he decided to enter into a sort of dialogue with other artists on the theme of loss and their interpretation, and also to “kind of normalise it in a way”. He reached out to singers including Bell X1’s Paul Noonan, David Tapley of Tandem Felix, Sinead White, Orla Gartland and The Sei, to broaden the scope of the album, as he admits this time the writing “was a lot more inward”.

“It was a broad theme that could apply to anyone…  I wrote a big list of people, and top of this was Paul Noonan – I’ve been a huge Bell X1 fan since I was a teenager. Take the Wheel at the time was just a intro between two little tracks, a minute long. He got back to me and asked me to double it. There’s a recording of him basically pressing play and singing and then rewinding and singing the rest of it.

“All the vocalists had something to bring to the table. Orla Gartland, for instance, she’s singing about being afraid of losing her grandfather, then Sinead had gone through a break-up as well. One of my favourite parts in L.O.S.S. is after two or three kind of very instrumental tracks, Orange comes on… it’s basically just a single melody with a kick drum and then Sinead is really clear right up in your face, it’s just so down the line, no metaphors or anything. It was just like, ‘This is exactly what I’m feeling’, I like that release of tension. One of the biggest themes of the record is empathy, I think.

“In your early 20s, you kinda feel a little bit invincible, but as you get older, the kind of the things that define you is based on stuff like loss and how you recover from it.”

The title ‘Two Grey Ticks’ is an evocative nod to unread WhatsApp messages that clog our phones and modern anxiety banks, but the track itself was also a way of dealing with a bittersweet memory head-on, as it begins with a field recording of a holiday with his ex.

“I was in Rome with my ex-girlfriend and she was right beside me when I recorded it. We were at the Colosseum and people were singing. I had that recording for ages and then I had written some chords and I placed it on top and it worked perfectly — perfectly in key and perfectly in time. I was thinking I can’t believe this is a thing. Of course it’s a reminder, but there was serendipity there. I think it’s important to face things that make you feel uncomfortable.”

Hanging WhatsApp messages and social media bubbles feed into that existential feeling of modern digital burnout, and even though Daithi has offset some of this anxiety by collaboration and a few months of digital detox, he’s still wary.

“I was in relationships for 10 years, from I was 18,” he explains. “One of three years and one of seven. So Tinder didn’t exist before. Coming out of a long-term relationship you feel like coming out of prison, like I don’t know how anything works at all.

“On Tinder, you’re told ‘there’s no one new around you’. You’re in the west of Ireland and after five or six matches there’s nobody left. It’s a stupid thing but when you repeat this it becomes this big thing: There’s nothing left, everything’s gone.

“When you leave a relationship you’re half a person with no safety net and less of an identity, which sounds melodramatic. But I’m extremely lucky that I can play music and get through things like this.”

Daithi has a new flat in Dublin, and while a far cry from rural France he has an apartment near Phoenix Park (“the park keeps me sane… green space that I can actually go to”), and his girlfriend lives nearby.

He’ll eventually blow town to Donegal for his next recording session — assuring that he’s “already had melodies forming”, as well as the “sound of a crazy, crazy wind hitting a gate in a certain way… I’ve been trying to get it into a song for a year”.

Between ephemeral melodies and his library of recorded memories, he’s fully realising the L.O.S.S. project with a live launch at the Button Factory, which he describes as “a full live band extravaganza”. After years of playing solo with a compact synth rack and fiddle, he says the full live experience allows him to ease slightly into the background.

“There’s more people on stage doing the shit I would usually do myself. Like I have a drummer, and singers. I’m actually getting to look up now, for the first time. Everything is coming together.

“I know in five or 10 years, I’ll be able to listen to this album and it’ll have this real sense of place.”