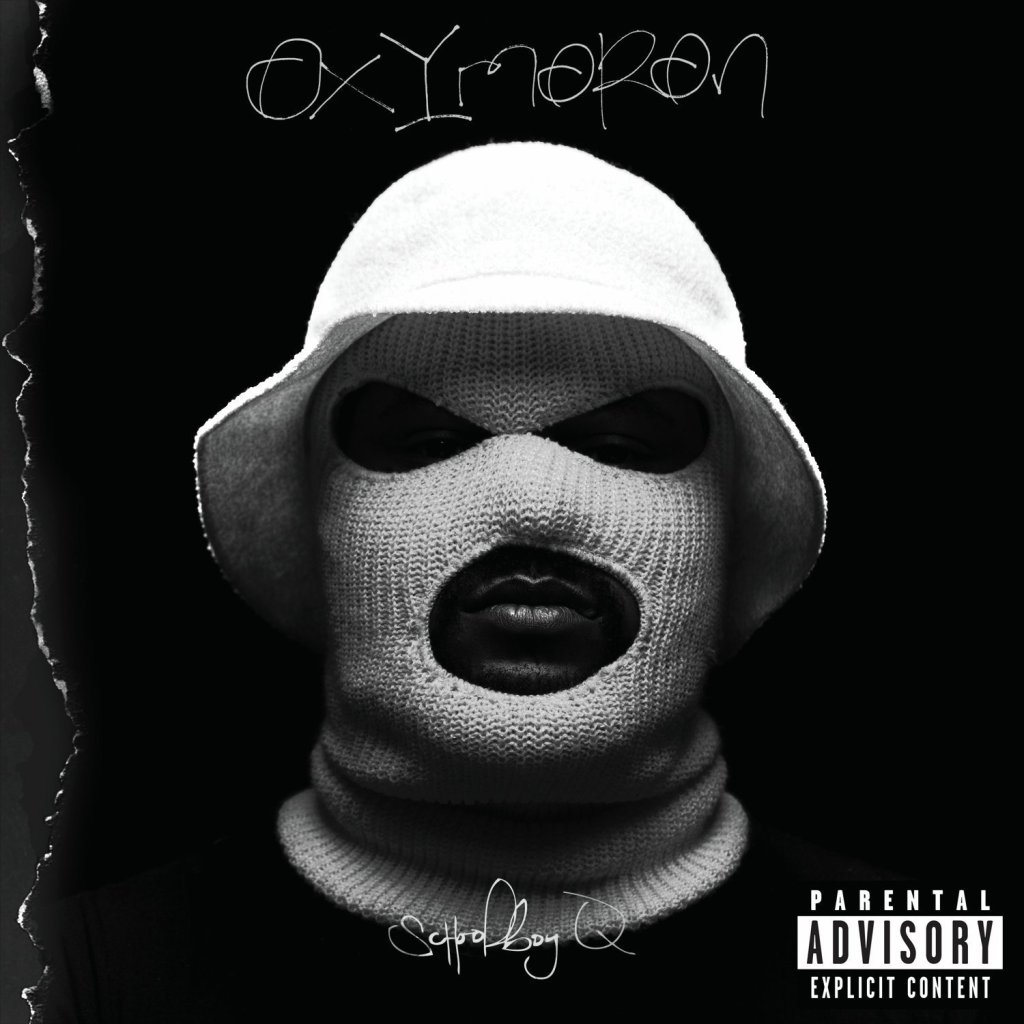 With all the hype building around the release of Schoolboy Q’s major label debut, he couldn’t help but bow down to gangsta rap peer pressure. A year-and-a-half after his Black Hippy companion Kendrick Lamar’s socially conscious Compton memoir Good Kid, M.A.A.d. City, Q has no problem playing the bad guy. Oxymoron is all about confrontation from the off — the ski masked Q on the cover, the opening track Gangsta with its dusty RZA-style piano loop and NWA references, and the album title itself — a self-loathing play on his Oxycotin pill-slinging and a hint that we’ll get some light to counter all the shadiness.

As a one-time Crips member, Q isn’t too generous with these light-hearted moments.Oxymoron is a checklist of gangsta rap themes that haven’t changed much in 20-odd years, only these days it’s all about “gunplay peekaboo” with a nine in one hand and Styrofoam cup of lean in the other. He’s a “pants-saggin’ rag-draggin’” gangbanger in a pissing contest with his featured guests including Kendrick, Jay Rock, Raekwon, Tyler, the Creator and 2 Chainz, with a snarling rap delivery that double teams on overdubs, clipping you from behind. 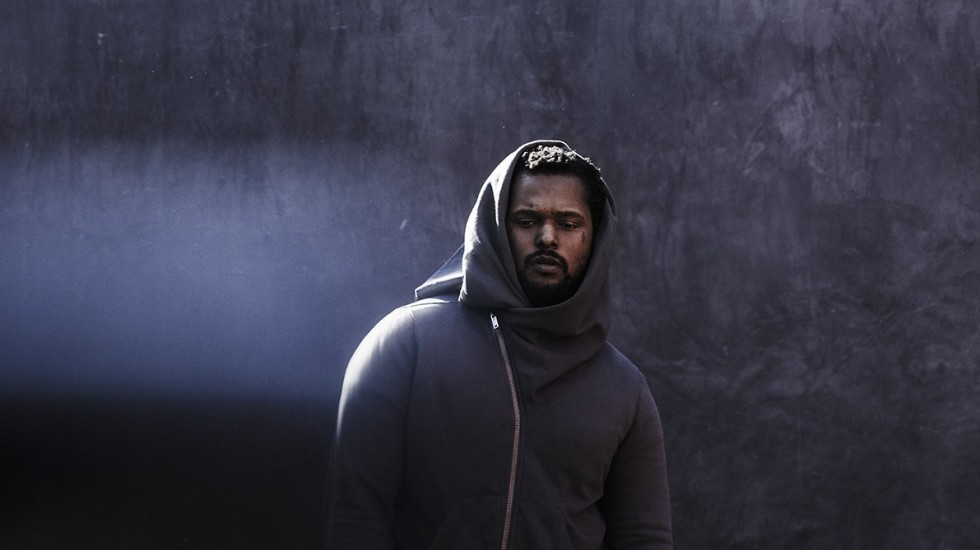 Q may proclaim, Fuck LA on the final track, but he spends the guts of 70 minutes defining himself by his home city. He maps out his own bullet-scarred version of Los Angeles – name-dropping real corners while producers Tyler, Mike Will Made It and the Digi+Phonics crew tag it with stark minor keys, rat-a-tat hi-hats and 3am drive-by dread. This fight-or-flight paranoia spills over with Tyler’s  “pow pow pow” hook on The Purge, as doors are kicked in and choppers circle outside. It’s not all frontline dispatches though – Q hits the club like a boss on Hell of a Night, but it teeters close to Flo Rida with an EDM drop, leaving Danny Brown’s party crown safe for now. Man of the Year then squanders the blissful melancholy of a Chromatics sample with a “titty, ass, hands in the air” hook. Man of last year Pharrell Williams also shows up in the wrong neighbourhood, his Los Awesome beat bobbing along like shined-up Bubba Sparxxx track from 2003.

These are minor gripes though. While some of Oxymoron feels like rap cliché bingo (full house for “stackin’ green” on Fuck LA), Q’s stab at the rap opera title is bolstered when he puts on his thinking cap. We get his back story on Hoover Street, his teen memory of playing GoldenEye on the N64 clouded by real guns at his grandma’s house and his strung-out uncle stealing his bike or stereo for a score. He also tackles his squalid addiction on ‘Prescription/Oxymoron, his two-year-old daughter Joy trying to shake him out of a Xanax coma as he admits: “My mommy call, I hit ignore / My daughter calls, I press ignore… My phone ring, ring, ring and ring/ If you ain’t selling drugs I don’t hear a thing”. These rare shows of weakness and reflection strengthen Schoolboy Q’s standing as a gangsta you can pin a story to, but maybe he needs some of the cartoon elements to shift loads of records. Oxymoron proves there’s life in the genre yet, and the latest gangsta rapper with his eye on the big prize gives way more than his 50 Cent’s worth.