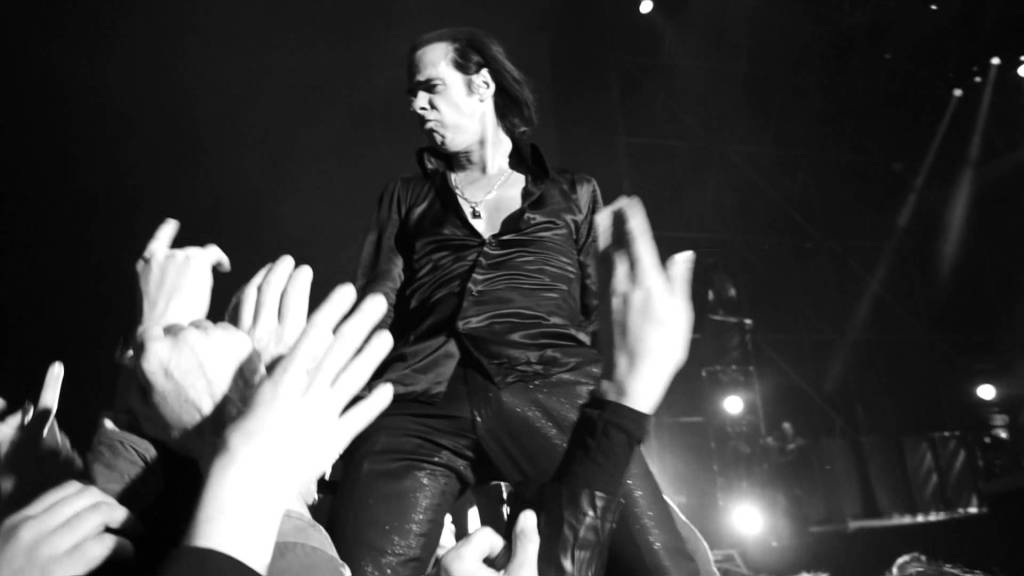 Day three begins with a pact to massage the head and turn the dial down a notch, so we set up camp from 4pm in the 3,000 capacity Rockdelux Auditori, the indoor concert space in the spectacular triangular building that also houses the Natural History Museum. The darkened auditorium with its melt-in seats and pin-drop acoustics is the perfect setting as Pantha du Prince & the Bell Laboratory (below) coax every last goosebump off our skin, melding the German producer’s glacial techno with church bells, xylophones, tubular bells and a huge carillon. They perform the collaborative album Elements of Light, building from chiming percussion and sparkling keys, to a joyous version of Spectral Split, which dovetails into a procession of Bell Laboratory members slowly traversing the Auditori’s aisles, delicately ringing handbells.

The soothing chimes are followed by neo-classical pianist Nils Frahm, who looks like a hip-hop kid in his grey hoodie, but whose meditative melancholy passages surely elicit a few lumps in the throat. The German pianist plays pieces from his album Screws, named after the screws holding his thumb together after a nightmare fracture, with each of the nine tracks dedicated to a corresponding working digit. Frahm seems to have no idea of the emotional resonance of his playing, and simply runs off stage like a shy teenager to rapturous applause after his final piece, More.

It’s then the turn of German number three, as Apparat takes to the stage to present his Krieg und Frieden (War and Peace) album, accompanied by live strings, brass and synths. On paper, the lofty theatre-inspired work is a world away from his big-room lush vocal techno, but its droning synths and rumbling bass and abstract visuals add an extra powerful dimension to the record, and Apparat’s Thom Yorke vocal stylings add an emotional narrative.

We emerge like moles from the Auditori with squinty eyes, and grab some Meat Puppet burgers for some sustenance and sit on the edge of the Ray-Ban stage for a dose of Dead Can Dance’s ornate gothic world music pomp. After the subtleties of the Auditori performances, the exoticism seems a little over-egged – more suited to a cathedral lit by wax-dripping candelabras and stained glass than a concrete theatre with dazed heads milling around. There’s no denying the vocal power of Brendan Perry on Children of the Sun and Lisa Gerrard’s swirling incantations on the eastern-tinged Agape, but it’s a bit too polite to act as a final night catalyst, and the gothic effect is somewhat lost in the daylight.

Far from polite, Staten Island’s finest, the Wu-Tang Clan (below) bound onto the Primavera Stage to Bring Da Ruckus, for some 20th anniversary high-fives for their seminal debut album 36 Chambers. True to hip-hop convention, Wu-Tang gigs are notoriously hit and miss, with no telling how many of the crew will turn up on any given night. They’re firing on six cylinders at Primavera, as RZA tells us that Method Man and Raekwon “missed their flights or some shit”. They tear through C.R.E.A.M., Da Mystery of Chessboxin’ and Shame on a Nigga with breakneck speed, before GZA takes centre stage for Clan in Da Front. It all gets a bit cabaret with the hands-in-the-air call and response, but who’s gonna begrudge the clan a singalong to the Beatles’ Come Together? RZA is in full ringmaster mode, genuflecting before “true hip-hop in the purest form” and calling for thumbs-together Wu-signs and lighters for “fallen brother” Ol’ Dirty Bastard, as the crowd erupts for the manic ODB classics Shimmy Shimmy Ya, Got Yo Money and Brooklyn Zoo. When Inspectah Deck nails his verse on Triumph, it sends this jaded Wu disciple away happy. 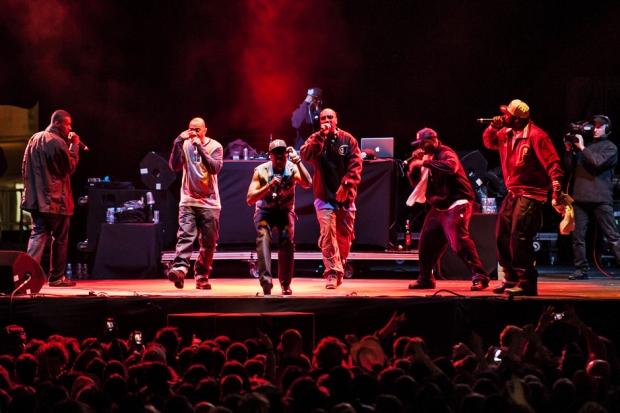 On the Heineken Stage, Nick Cave & the Bad Seeds (below) are bringing the fire and brimstone to the festival’s final furlong, even berating Barcelona for the “fucking freezing” weather. The bespoke black-suited orator is a whirl of spindly kicks and hair flicks, ignoring his grand piano for most of the set, focusing on gnarly old tracks like The Mercy Seat, Tupelo and the gothic-horror masterpiece Red Right Hand. He loosens his hands on the leash for the hooker-with-a-heart lament Jubilee Street and the melodramatic The Weeping Song, while his hirsute henchman Warren Ellis nearly saws his violin in two. Cave is a master stage craftsman, inhabiting all of his first-person narratives like a method actor, and puts in a frightening turn as his most celebrated creation, the “bad motherfucker called Stagger Lee”, jumping into the front row, pointing to a girl and singing into her ear, his crotch dangerously close to her face. His most famous Murder Ballad collapses in a wail of feedback, and is iced over by the serene Push the Sky Away. Cave’s set is too short at just over an hour, but what an hour it is.

The only Irish representative on the bill, My Bloody Valentine’s Heineken Stage closer is an anti-climax after Cave’s preacher man antics. Kevin Shields’ crew are more suited to an indoor cocoon that can contain the visceral guitar onslaught, and a few die-hards are filing complaints at the sound desk as the vocals on I Only Said and When You Sleep are buried under a muddy mix. Maybe it’s the wind or our positioning towards the back, but the war stories of busted eardrums and rumbling guts are uncalled for in the outdoor arena, although the imagination doesn’t need to stray too far to imagine the feedback squalls on Feed Me With Your Kiss and You Made Me Realise would take the plaster off the roof, if there was one.

For one last hurrah, Belgian DJ The Magician is causing all sorts of shapes at 3:30 on the Pitchfork Stage, pulling Italo disco, house and 80s remixes out of his hat, as a few heads near the back realise their joke rave gloves double as Paul Daniels specials. The Magician, in full cabaret regalia, brings an unashamed party, playing Disclosure, Prince, Michael Jackson and a joyous drop of Daft Punk’s Get Lucky, as he waves his six-foot magic wand.

The Magician is only warming the place up for the real daftness though, as DJ Coco gets ready to close the festival, as he has done for years. Thousands descend on the Ray-Ban stage with their guard down, dancing like it’s your uncle’s wedding or Saturday night at Whelan’s, as the Barcelona native drops every single obvious anthem, from the Beastie Boys, Arcade Fire, the Stooges and more Michael Jackson.

Streamers erupt to M83’s Midnight City and the last song of the festival is Journey’s Don’t Stop Believing, as the weekend turns into a daft montage. All that’s left is a weary trudge back to the metro, as a bunch of Irish heads start a sing-song of Yellow Submarine in our carriage, as every last drop of hipster is wrung out of everyone ’til they arrive home with those armbands still in place.