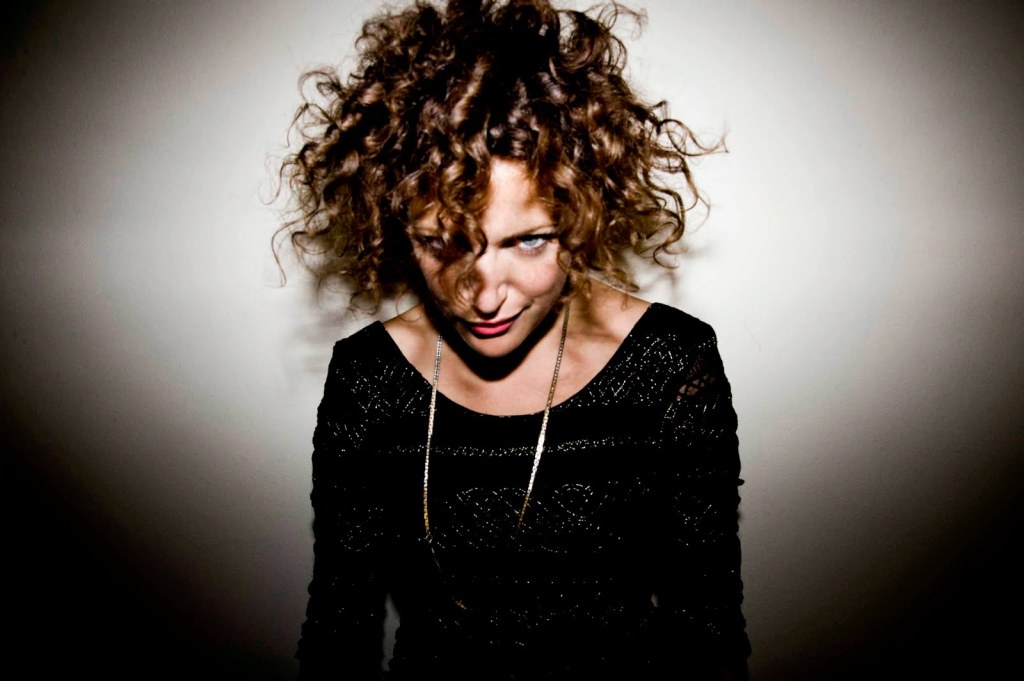 THINGS move quickly in the world of Annie McManus. Within a week of this interview for her latest Annie Mac Presents compilation and club gigs in Belfast and Dublin, she’d sold out the Twisted Pepper and bumped her Dublin gig up to the triple-capacity Academy. A few days after that she announced her first ever Annie Mac Presents Lost & Found festival in Malta over Easter, which sold out in no time on the back of its line-up featuring herself, Carl Craig, Tiga, Skream, Green Velvet and loads more. Meanwhile, in the last week the Dubliner has just been announced as Zane Lowe’s replacement in Radio One’s top spot – taking over the evening music show from 7pm to 9pm Monday to Thursday. Added to her Friday 7-10pm slot, that’s an awful lot of Annie Mac for your licence fee buck. “Having 11 hours of airtime a week to share those moments with music that has no boundaries is beyond a job, it’s a privilege,” she said after the announcement.

So we’ll just have to satisfy ourselves knowing that any chat with Annie Mac is catching her at a snapshot in time, that there’ll be another project round the corner. Similarly, listen to her on any given weekend on Radio One and you’ll always find an exact graph point of what’s big commercially in electronic music — or what’s about to spill over. For years she has had the role of “officially starting the weekend” on the BBC, in that ‘getting ready’ slot from 7-10pm on Fridays, playing big room anthems, underground house, bass-heavy electro, garage and breaks.

She’s been “the one to open your weekend raving, and end it behaving”, with her eclectic Sunday show the Musical Hot Water Bottle – now given up after her weekday promotion – but her annual Annie Mac Presents compilations cover broader strokes — a retrospective through her eyes as a curator. Her fifth compilation Annie Mac Presents 2014 is an immediate time capsule of the year’s biggest club, festival and Ibiza hits, with Clean Bandit, Jessie Ware, Sigma, Caribou, Tiga and others over two discs, mixing chart bangers with more leftfield sidesteps.

“Dance music has kind of warped into pop music, it’s mad,” she says over the phone. “Every year I’ve had to struggle with the label because they always want ‘the big hits of the nation’, and I want the good ones. Over the years I’ve had to fight less to get the music I want on there. The stars have aligned and dance music has become really popular — acts like Disclosure, Rudimental, Duke Dumont. That was once  club music. It means I can put out a compilation that I think is great, and also happens to have top 20 hits.”

Annie says disc one is the “high-octane stuff” she plays on Fridays but disc two lets her tick her “personal boxes” with a few tips for the year ahead. She tries to labour over digging deeper, saying: “People mightn’t have heard some stuff. It’s really important to have that outlet on the comp because that’s what I’m known for, what I have to do as a job, to introduce people to new music. But equally it is a retrospective, people will know a lot of the tracks because they’d have been dancing to it all summer.”

With a million weekly listeners, Annie Mac is on the tightrope of reacting to new acts, chronicling the culture and shaping music trends through acts she introduces, promotes and signs up for her AMP tours. She’s allergic to the idea of the superficial superstar DJ, saying: “The main thing about being on the radio and being a curator of music is that you are believable. To be believable, I just have to only play what I genuinely moved by and then I can’t go wrong.”

Disclosure may be headlining festivals in Europe, Japan and the US, but the Lawrence brothers were another one of Annie’s picks a few years ago. She recently hosted the Channel 4 documentary series Superstar DJs, which followed one act each week, and she says it’s “crazy” that Disclosure can be discussed in the same bracket as Tiesto, Seth Troxler, Diplo, Fatboy Slim and Carl Cox.

She says: “It was fascinating to see Disclosure at Coachella and see Mary J Blige get up on stage — one of America’s Sweethearts of soul and R&B really giving her stamp of approval. America is looking deeper now, seeing that there’s more to electronic music than just that big synthetic EDM sound.”

While recognising EDM’s saturation of the mainstream dance scene, especially in the US, she reckons the sniffiness from the underground is a bit misplaced. She says: “In all types of music there will be more formulaic aspects. EDM is an entry point for a lot of people. Say if you you grow up in America and you discover Avicii when you’re 13, then who knows, you may be into Loco Dice by the time you’re 18. None of us would be into, say Desolate, when we’re 12. You have to get there, you have to grow your taste.

“That’s what’s amazing about music, it’s a never-endig journey of discovery. the cleverer DJs know that, and know it’s a trickle-down effect, so EDM means there’s more nightclubs, more awareness of DJing and more awarness of dance music, it could only be a good thing.”

In fairness, Annie never really had to go down any cheesy route getting into house and techno. She had her first clubbing experience at Dublin’s Temple of Sound, and it’s still a vivid memory: “I was 17… I remamber coming home at 4am, wide-eyed and full of wonder… I literally caught the bug.” She says she did “99 per cent of my clubbing in Belfast”, when she was a student at Queen’s in the late 90s. She worked at Belfast techno institution Shine in its early years, observing the likes of Dave Clarke, Andrew Weatherall, Green Velvet, Felix Da Housecat and Carl Cox.

She recalls: “I remember one amazing Shine when Laurent Garnier came on a sunday night and there was a circus performance. Also I remember going down to some small dingey club… Vico’s it was. I had a proper epiphany at Vico’s. The DJ Sneak one always sticks out as I was sick with tonsilitis. I was sitting at that side door on a stool, making sure no one went back stage, I just remember being lifted out out of my misery and just thinking ‘fucking hell, this is amazing’. I wasn’t even on the dancefloor, I was just observing. Maybe that’s why i remember it so well, cos I was sober and had my wits about me as such. That one always sticks out so much. That’s what’s amazing about music, it’s a never-endig journey of discovery.”