THE BOMB SQUAD (Hank Shocklee), Sugar Club, Dublin, Tonight
PUBLIC Enemy are a rare enough hip-hop act with a production team that get as much praise as the MCs — largely down to Hank Shocklee of the Bomb Squad.
Along with Chuck D’s incendiary rhymes, political bullseyes and sloganeering, the Bomb Squad helped Public Enemy Bring the Noise with a sample collage technique that’s never been equalled because no other producer has tried to copy it.
Just as Public Enemy productions form in dense layers, piling funk and jazz loops over found sounds and vinyl distortion, Shocklee’s DJ sets join the dots between hip-hop, dub, grime, glitch and techno, with a curator’s ear that’s unrivalled.
As well as being one of the great sonic innovators, Shocklee is also a respected cultural and music theorist, so he’ll have plenty to say in his Q&A after the Public Enemy documentary film Prophets of Rage. 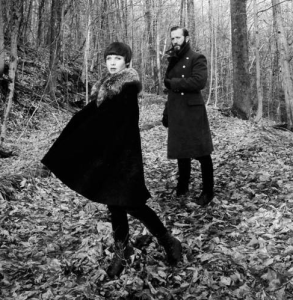 COLIN STETSON & Sarah Neufeld, Twisted Pepper, Dublin, tonight
SAXOPHONIST Stetson’s reputation as a touring player has been sealed for years, with live and studio collaborations with Arcade Fire, Tom Waits, The National, Bon Iver and Godspeed! You Black Emperor just a few of his namechecks.
But Stetson is also a musician who has no trouble mining the further reaches of the avant-garde, with circular breathing techniques employed to create looping soundscapes that make his sax sound like synth lines and wheezy industrial field recordings.
Sarah Neufeld is an accomplished avant-garde violinist with a live link to Arcade Fire, and she and Newton have broken from their experimental jazz trio for a new album Never Were the Way She Was — and their first tour as a duo hits Twisted Pepper tonight. Expect an hour of pulsing, trance-inducing minimalism. 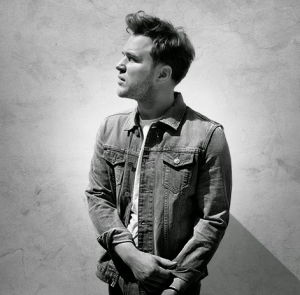 OLLY MURS, 3Arena, Dublin, tonight, tomorrow and Sunday
BAR One Direction, Olly Murs is probably the biggest act to come through the X Factor, avoiding the fate of scores of wannabes trampled on by the big bad world after the show.
Since he came second in 2009 to the since-vanished Joe McElderry, Murs hasn’t veered much from his cheeky chappie formula of pork pie hat, beaming smiles and inoffensive pop like Troublemaker, Dance With Me tonight and Heart Skips a Beat.
These three shows follow on from his two gigs in Belfast’s Odyssey Arena this week, so the next crop of X Factor applicants at least have someone to look up to. 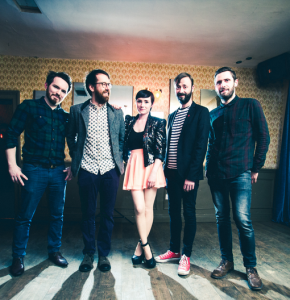 HAM SANDWICH, Roisin Dubh, Galway, tonight, & INEC, Killarney, tomorrow
IT’S been five years since Ham Sandwich’s second album White Fox, so fans will be queueing up outside to hear the follow-up in a live setting this weekend, with its release today. With a slight name change to HamsandwicH,    Stories From the Surface doesn’t backtrack on the formula that’s made the Kells group one of Ireland’s most enduring indie-rock acts of the last decade — sweet poppy choruses, arch lyrics and a winning front pairing of Niamh Farrell and Podge McNamee trading lines.

SHARON ROBINSON, Button Factory, Dublin, tonight
IF YOU can namedrop Leonard Cohen as a writing collaborator of 30 years, you won’t find it too hard to make people sit up and listen. As well as Cohen, San Francisco native Robinson can call on Diana Ross, The Temptations and Randy Crawford as former team players, but she’s finally released the follow-up to her 2008 debut album Everybody Knows. Caffeine is a collection of new compositions encompassing soul, rhythm and blues, folk and jazz that has her pulling out of the shadows of her iconic collaborators.

BARRYTOWN MEETS MUSICTOWN, Vicar Street, Dublin, Sunday
BAR the international success of the Commitments on screen and stage, a celebration of Roddy Doyle’s Barrytown trilogy jamming with musicians is well overdue. This was always a cert to sell put, so hard lines if you didn’t nab a ticket. If you’re lucky enough to have one, Sunday’s show brings together Richard Hawley, Imelda May, Glen Hansard, Colm Meaney, Aidan Gillen, Colm Mac Con Iomaire, Damien Dempsey, Peter Coonan, Cait O’Riordan, The Trouble Pilgrims, Ger Ryan, Neili Conroy, Paul Mercier and Eoin Moore. It’s all about collaborations, and we’ll have excerpts of the Van, The Snapper and The Commitments, and a trip down Dublin’s 80s and 90s. 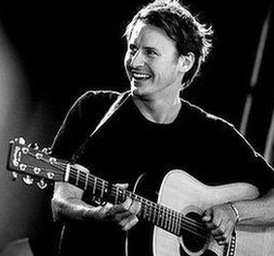 BEN HOWARD, 3Arena, Dublin, Tuesday
WHEN Ben Howard released his debut album Every Kingdom in 2011, he was lumped in with the inoffensive folk acts like Ed Sheeran and Mumford & Sons, and scored an effortless top five in his native UK. Back then you could’ve predicted arena shows on the back of his emotional man with acoustic guitar act, but he hasn’t just relied on the middle ground to get here.
His latest album I Forget Where We Were isn’t as easily digestible as its predecessor, with an emphasis on complex sound design, shoegaze-style shimmers and haunting synths. He has more than likely sold the biggest batch of tickets on the back of sensitive acoustic tracks like The Wolves, Old Pine and Keep Your Head Up, so fans will probably need a bit of patience on Tuesday.
Tracks like the delicate Small Things and the Nick Drake strumming of In Dreams prove he’s an artist who didn’t take the easy one-way ticket to the crowd-pleasing 8pm sunset gig at Glastonbury.