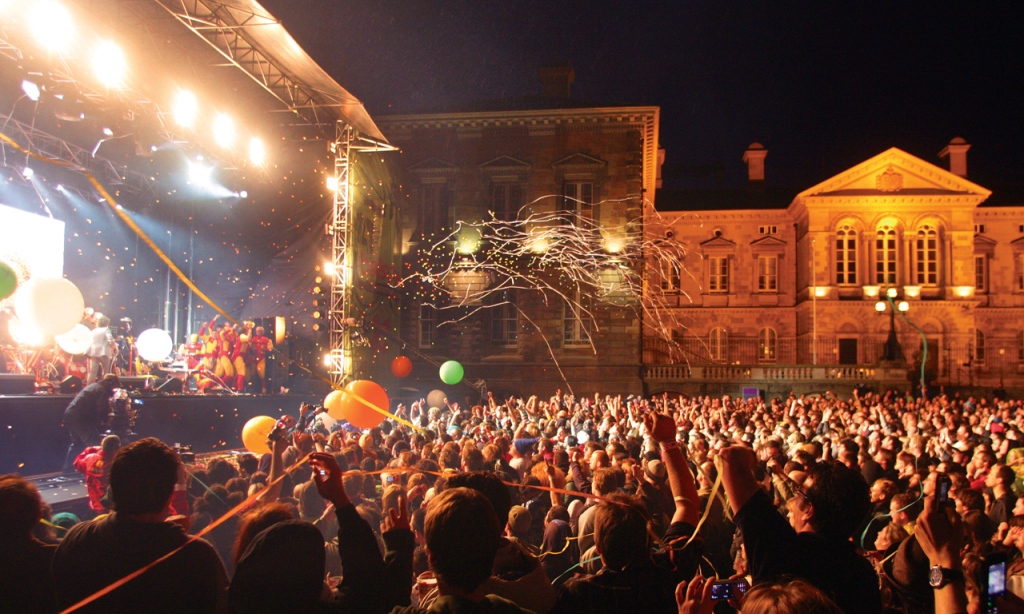 THERE’S nothing like a street party to change the buzz in a city — especially if the party is in the city centre and goes on for over a week.

OK, we’re not saying Belsonic is some subversive rollover protest rave, but as a council-sanctioned annual event in Belfast, it’s still deserves a big high five. After seven years it’s become an institution in the North, with plenty from all over the island making the trip to Custom House Square.

Since 2008 the old courtyard  area near the Lagan has ran an all-inclusive package, with hard rock and indie veterans and rising festival headliners thrown in with hip-hop, house, EDM and straight-up pop.

Past acts have mostly been shrewd enough bookings, with the safe bets including Florence + The Machine, Primal Scream, Noel Gallagher, Dizzee Rascal, Flaming Lips, Mogwai in tow, The Specials and Queens of the Stone Age. There’s also been a big dance presence, with Tiesto, David Guetta, Steve Angello and Deadmau5 bringing the EDM to the city centre.

This year’s line-up mightn’t have the edge on 2013 when Nine Inch nails (below) razed everyone’s ears and eyeballs with their industrial performance art showcase, but there’s plenty of acts to draw a crowd. 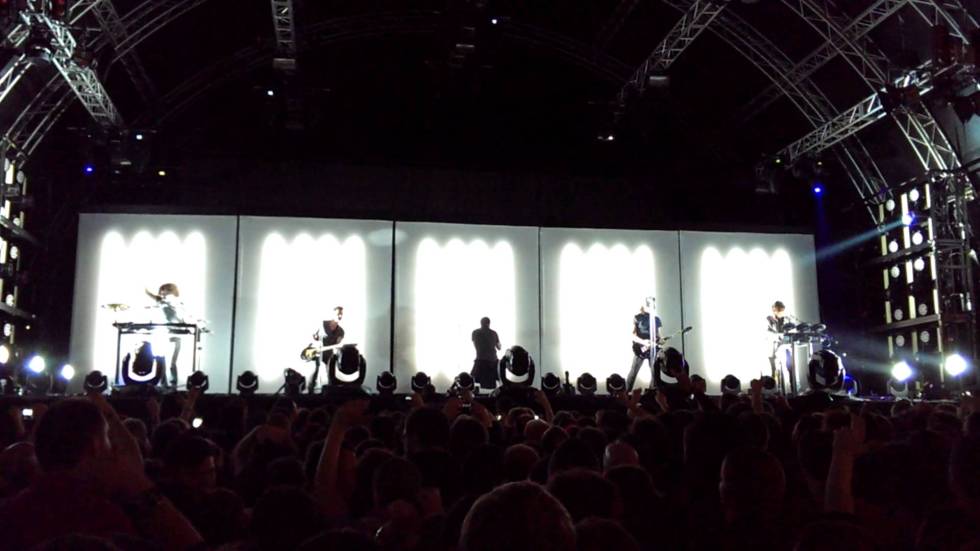 It all kicked off with an opening party last weekend headed up by live drum & bass crew Rudimental and electro-house chart star Duke Dumont. Last night, Paloma Faith brought her eccentric retro drama, high on Vaudeville charm, to take us into the weekend, with indie-rock veterans Stereophonics taking over tonight.

Stereophonics have already headlined Belsonic in 2010, and since then they had a comeback of sorts with LP Graffiti on the Train in 2013, with their ninth album Keep the Village Alive out on September 11. Granted, they’re probably not going to win over many new fans, but with staples like Just Looking, Pick a Part That’s New and Dakota, they’re still the indie dependables. And with Dubliners The Coronas in tow, expect the crowds to come through the barriers early enough.

Tomorrow, bespoke progressive trance veterans Above & Beyond land in Belfast on the back of their new album We Are All We Need — a far more refined affair than most big-hitters that dominate the big EDM festivals. The UK trio have a string of guests on the album — including Gemma Hayes on their summer single Counting Down the Days — so maybe they’ll have a few invites on stage.

On Monday, blues rocker Hozier goes North with nothing much to prove — after winning over the US and half of Ireland with his debut album and Take Me To Church. The last time the Bray man hit Belfast was in the Limelight club five minutes down the road from Custom House Square — another reminder how far he’s taken it in the last few years.

He’ll be backed up by Dubliners Little Green Cars and fellow Wicklow act Wyvern Lingo, so he’ll feel even more at home on the big stage. On to Tuesday, and Bastille are wringing the last mileage out of their insanely popular debut album Bad Blood, their slo-mo hands in the air montage hit Pompeii and their quirky 90s rave covers. And with Baltimore pop-punk act wrapping things up on Wednesday, there’ll still be many out on a school night, pogoing and raising a glass to another Belsonic success.