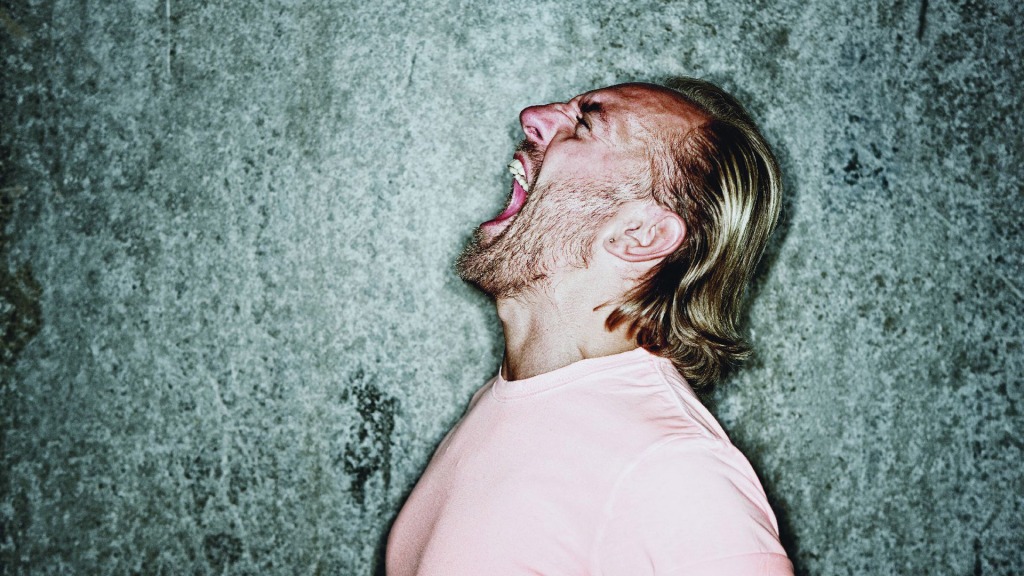 THE dreaded ‘technical difficulties’ have struck and I’ve missed a deadline for calling Sven Väth. After some last minute juggling, his people find a new slot and the interview starts with my apologies. No worries though, the German techno icon had been sleeping anyway – I should’ve realised he wasn’t an early bird.

“I was sleeping late,” he says with a groggy laugh. “I was in the studio together with Roman Flugel. We made such a crazy track the last two nights. We were in the studio ’til five this morning so thanks for calling late.”

So was Frankfurt’s electronic pioneer working on some high-brow minimalist manifesto in  the wee hours? Not exactly: “The track is called Trashbin Dance. After the Time Warp club two weeks ago, Roman and I in the morning went outside and there were all these huge sacks full of garbage. I don’t know why but we started jumping in the garbage – so badly that we hurt ourselves, we had so much fun!”

I wonder if they recorded any footage for a promo video: “Maybe someone caught us but it’s not on YouTube yet,” he says, before laughing hysterically. 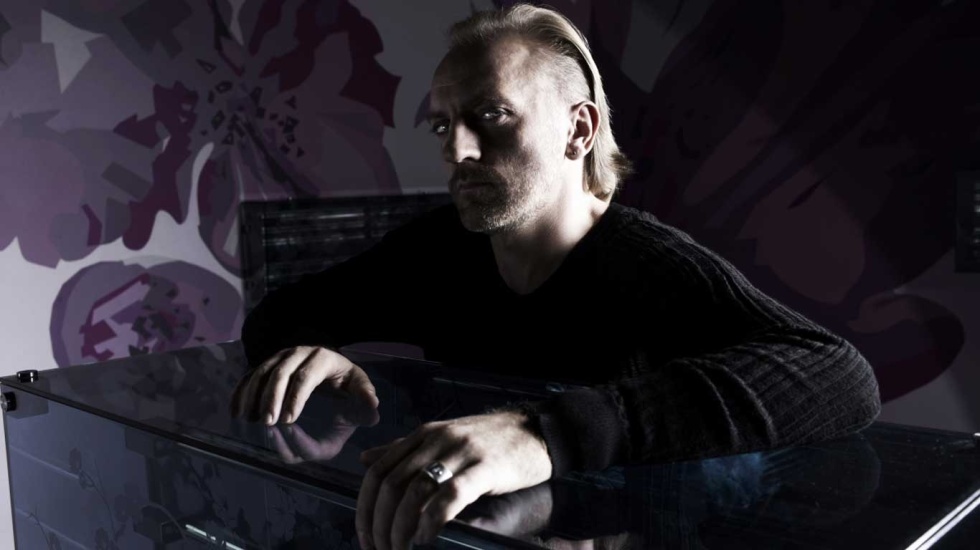 The track – a ” noisy, psychedelic, peak-time record”  is dropping on the latest annual showcase of Sven’s influential label, Cocoon Compilation H (he’s already worked through A to G). The release also features less rubbish-inspired techno, house and minimal from the likes of Ricardo Villalobos, Gui Boratto and Simon Baker. All the artists involved have already submitted their tracks so expect to hear a few when Sven tears Tripod apart on May 4.

“It’s gonna come in a silver box with silver records – six of them. We are the last ones producing vinyl,” he says.

In light of this insistence in production values, does the DJ with 27 years behind the decks rage against the so-called digital revolution? “You can’t help it, that’s the way it goes. The evolution in itself, it helps the music a lot, especially for those who are not able to buy a record. Let’s talk about people from South America, Africa, with all these downloading and music portals today people really have the opportunity to get the music very fast and quick but when it comes to play the music as a DJ, for me to see this evolution, honestly, it feels a little bit strange.

“I’m DJing for 27 years now, I love my turntables, this is a part of my work, this is a part of my style. Playing vinyl, working with the vinyl, working with the turntables. It’s such a delicate thing. Talking about the sound. When you listen to MP3s or files, you can hear a difference. It’s really like this, in the near future maybe not but for now you can really hear it in these compact, MP3, digital files.

“When I see the DJs now today watching their laptops, it looks like they’re checking their emails, the cold lights from the monitors. It seems strange to me. I just did a tour in Australia with the Chemical Brothers and John Digweed and Roger Sanchez and so many others, up to 40,00 people in Sydney and I was the only one playing vinyl, I felt like an alien!

“They were looking at me like, ‘What are you doing?’ I felt so sorry, how can I explain, they don’t take care so much anymore about turntables. They put CD players on stage and the monitors and the mixers and that’s it. If you put a turntable on stage next to a mixer you have to adjust the needle because of feedback problems. Nobody was taking care of that in Australia. I said, ‘Hey listen, when I’m playing I’m dancing’. They said, Oh yeah it will work.’ The first show I did in Brisbane was like that, I was dancing and the needle was jumpng and I was so fucked up. They took care after that I tell you!

“But playing a CD, just push a button on these plastic CD players, they are so unsexy. Oh my God listen to me, you can hear the vinyl man talking!”

The steadfast loyalty to vinyl is a quirky contradiction from the confirmed futurist, who has so far featured in most chapters in dance music’s lineage, from Djing new romantic seven-inches at the Dorian Gray club in 1982, right through the rise of acid house. After the rave fallout, his 1994 album, The Harlequin, the Robot and the Ballet Dancer became a landmark in lush, ambient techno. Since then his Eye-Q and Cocoon imprints, and his countless mix albums and vinyl releases serve as chronicles of underground dance music’s evolution. This forward thinking ethos means he doesn’t dwell on the past, and won’t be drawn on any all-time heroes, apart from an idealistic notion of “the dancefloor”.

He says: “Of course I like to dance, I like good clubs and club systems. I came from the dancefloor. I had my first productions in ’83, ’84, I opened my first club in ’88, my first big dance hit ’86, I started my own label in 89. I was constantly developing the scene, creating platforms, labels, booking agencies, running clubs. Club culture is so special in the world, everywhere you go in the world right now dance music is the main music in the clubs. It was worth it, you know, to invest all my time and energy in my projects.When I look at what we do today with Cocoon in Ibiza or my nightclub in Frankfurt, people love it. They appreciate that someone is investing in his vision.”

And even though he says: “In this bad, bad world we live in, music is the key and it always will be,” he can’t help going off on a space B-movie tangent. When pushed for his plans for Cocoon at this year’s Amnesia in Ibiza, he reveals his intergalactic plan: “We are the Disco Invaders. Richie Hawtin, Ricardo Villalobos and I are coming from a planet called Minimal Techno Funk. We are cruising in the universe in our spaceship and then we get a signal from the pyramid of Amnesia and the signal is “Invade us”. We try to land on the roof of Amnesia but we crash inside and from there we start our Disco Invasion.

“We are coming with our space stuff, we are trying to with our cosmic universal dance and music, we try to give the people a little more peace and good times. In this bad, bad world we live in, music is the key and it always will be. This is the mission for this year.”

And if he’s not pushed on worshiping past heroes, he gets excited about new releases, and  immediately cites Belfast producer Phil Kieran as one of the current big guns.

“Keep an eye out for Phil Kieran, he’s a Cocoon artist, he is the bomb I tell you. His new 12-inch is out any minute,” he says. “And also watch out for albums from Extrawelt and Tobi Neumann…very interesting stuff.”

And Underworld fans who head to Tripod next week may be treated to a rework of the classic anthem Rez, which Sven says would be his ultimate remix, the perfect track to send crowds on their way, before jumping in a bunch of bin bags: “I really love that track when I play the outdoor parties in the morning time.”

A home boy at heart, Sven still gets his biggest buzz playing in Germany, especially at the home of European techno, Berghain/Panorama Bar in Berlin. He says of the club in the former power plant: “It is special. It’s so crazy. In Germany the techno scene, people love it. People like Tiesto or Armand Van Buuren or Paul Van Dyk, they don’t do well in Germany. People love techno, strong house, more minimal techno like the sound of Luciano and Ricardo until it’s daylight, a mix between techno and house anyway. There’s not such cheesy trance here, people don’t like it.”

And even though he won’t be playing until daylight in Dublin (“the clubs close so, so early there”), the German maestro is looking forward to the Irish leg of the Sound of the Eighth Season tour.

“I like the vibe of Dublin, it has a lot of rock’n’roll and a great dance culture. I’m looking forward to hanging out with you guys and remember – Disco Invasion!”