Indian summer or not, it’s about time we brought our festivals indoors after tearing the arse out of it in fields for the last few months.

It’s the 13th edition of Hard Working Class Heroes, and most of the acts have played a hand somewhere in this year’s festival season, but let’s see how they do in front of a tougher crowd without the circus tent comfort blanket.
It’s safe to say HWCH is an institution at this stage, an annual weekend of binge-gigging and rushing around chasing the bands you’ve maybe flicked through on Bandcamp, pub gigs or support slots.
It’s also a chance to take stock of the Irish music scene and try to nail down a few acts who are going places.
The likes of Villagers, And So I Watch You From Afar and Le Galaxie made their name on HWCH weekenders — and in a decade or so there’ll be 20,000 people claiming they saw Hozier in the Button Factory in 2013.
After a summer of applications, hundreds of acts have been shaved down to a round 100, playing in The Academy, Grand Social, Bad Bob’s, Hangar, the Workmans Club and the Mercantile.
Like a summer festival, you can either tie yourself up in knots trying to do your homework, or pick a few must-sees and follow your nose for the rest of the weekend.
It all kicked off last night so there’s a chance you’re playing catch-up, but there’s still plenty to keep you busy until close of business on Sunday.
Out of the 100 acts, The Scene is putting a big tick beside explosive live hip-hop act Rusangano Family, grungey noise-rockers Bitch Falcon, the sweet synth-pop of Dear Desert and the brilliantly named dream-pop duo Frankenstein Bolts. Honourable mention as well to Wicklow trio Tell No Foxx, whose woozy gloom-pop was on show last night at the Workmans Club.
As always, check out afternoon conferences for bands and fans to speed date with industry types and discuss the business in depth, including lectures on social media, budgeting, gig planning and the state of music journalism. (hwch.net) 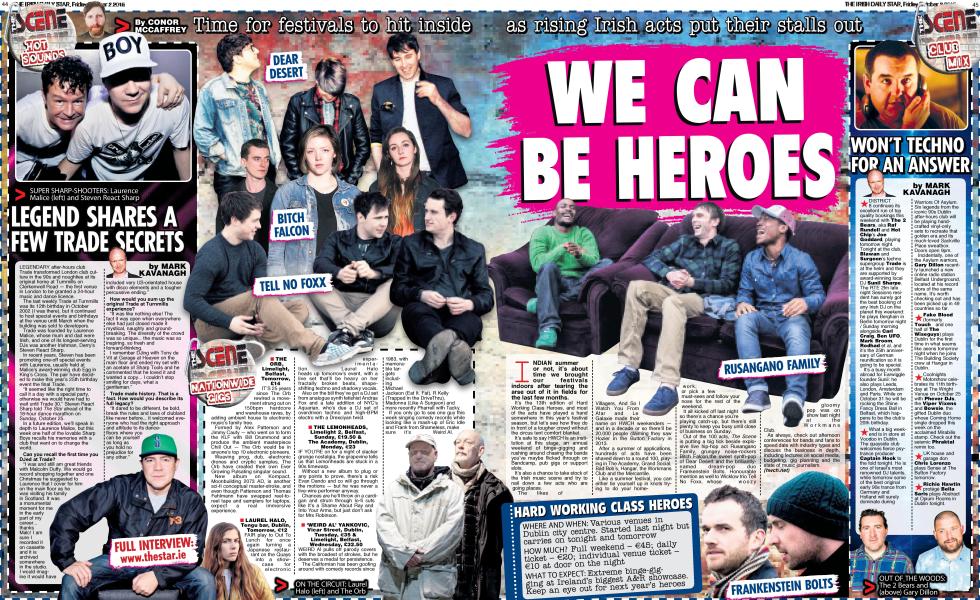