Last month Stormzy seemed like the world’s biggest pop star — even if it was for one week only.

The London MC has been grime’s biggest hope since Wiley and Dizzee Rascal, the most likely to cross over without hook-ups with R&B singers or cheeseball Calvin Harris beats.

He released his debut album Gang Signs & Prayer on February 24, with all of its 16 tracks charting in Spotify’s top 50, leading an editor at the streaming service to tweet: “I’ve never seen anything like this… I’m speechless… there are some stats I have to keep secret but his day 1 streams are an absolute fucking madness.”

The album also hit No1 in Ireland and the UK without any Christian bluster over its cover showing Stormzy and his crew in a quasi-Last Supper scene, with his mates in balaclavas and Xbox controllers among the matte black dinnerware.

It was surely an eye-opener for the uninitiated walking past posters on the Tube, but the already iconic sleeve will be grime’s defining image of the era. 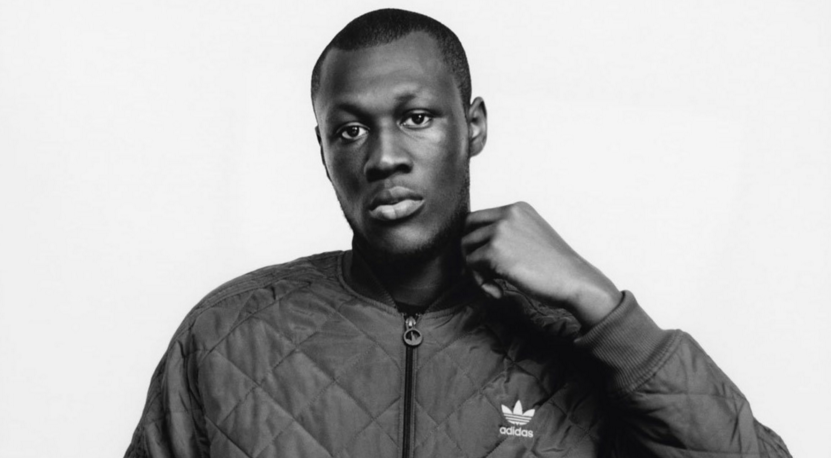 A week later Ed Sheeran painted over all this in a shade of beige with his album ÷ hogging 16 tracks in the UK top 20, and dividing critics and fans down the middle.

That’s a different story though, and there’s no scrap between the UK’s two most bankable stars who formed an unlikely tag team at this year’s BRITs, as Stormzy’s bars beefed up Ed’s medley Castle on the Hill/Shape of You.

Despite its superficially menacing sleeve, Gang Signs & Prayer shows a few sides of Stormzy you mightn’t have guessed from his tops-off blustering gigs.

Following recent albums from a Mercury Prize-winning Skepta, Kano and a return from ‘Godfather’ Wiley, Stormzy’s debut LP is a further leg-up in grime’s crossover from YouTube freestyles, underground white label vinyls and flame-throwing urban folk devils behind Kanye at the BRITs.

Still only 23, his biggest hits so far have been hyper grime standards full of localised references, disses and nods to scene kingpins.

On GSAP’s Cold he boasts “I just went to the park and I charted,” a reference to WickedSkengMan Part 4, the first freestyle to break the UK charts, which was followed by Shut Up, another walk in the park with 30 million views and the enduring image of the 6ft 5in Stormzy effortlessly nailing bars in his red Adidas tracksuit.

Shut Up is tagged on near the end of GSAP, and he’s also got some clanging moshpit fodder in Cold, Big For Your Boots, Return of the Rucksack and Mr Skeng.

As well as these live bombs, the LP also develops Stormzy’s more introspective and pop-savvy side, hinted on his 2016 R&B sidestep Birthday Girl, dedicated to his girlfriend Maya Jama.

In Big For Your Boots — surely the most grime title ever — Stormzy counters: “I was in the O2 singing my lungs out, Rudeboy, you’re never too big for Adele.”

The Last Supper visual reference is also a hint to what’s inside, with his faith evoked on Blinded By Your Faith and 21 Gun Salute — and his ‘Mumzy’ gets a sweet dedication on 100 Bags.

We’re guessing his Olympia gig next Wednesday sold out in a few minutes on the back of his front row pogo call-and-response bangers — more suited to indoors than his early evening set at Longitude last year.

But it’s his lighter touches that’ll fully turn Stormzy into this era’s most unlikely pop star — a supremely gifted MC in thrall to his grime forebears, a universally loved figure who’s equally at home with Wiley, Ed Sheeran or goofing about with Bradley Walsh at the BRITs.

And with sold-out shows, festival headline slots and magazines begging for cover stories, who knows where he’ll be this time next year.