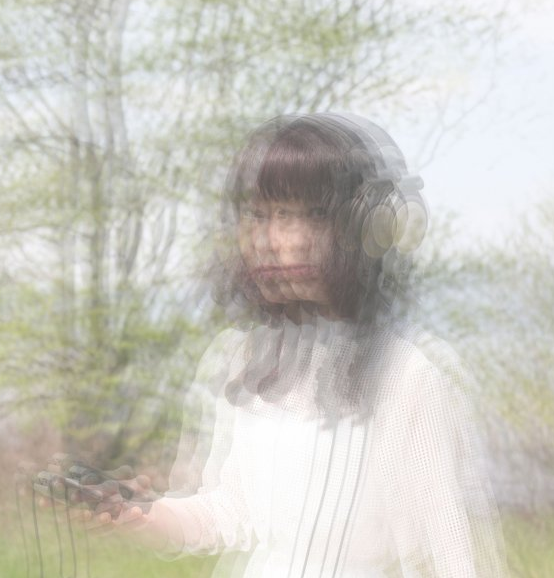 Japanese sound artist Haco describes her voice as a ‘mist’, and it’s true, there’s something intangible and barely-there about her new ambient drone album Qoosui.

Haco is the one-time singer of Japanese avant-pop band After Dinner, who released three albums between 1981 and 1989, stitching together Japanese traditional music with free-improv, shoegaze, musique concrete and rudimentary electronica.

Qoosui is her seventh solo album since 1995, and it sheds much of her previous avant-garde playfulness for an album of spectral bliss. It’s wispy, delicate shoegaze, sounding like the bottled vapour off the top of Tim Hecker or Fennesz, with all the churning dread and white noise flushed away. Mileece’s 2003 album of generative minimalism, Formations, is another marker for the LP.

The album features collaborations with ambient artists Hidekazu Imashige (Gallery Six) and Jara Tarnovski (Gurun Gurun) and post-rock guitarist Yasutica Horibe (Stabilo). Imashige also provided Japanese lyrics to tracks Seiren and Kusui, which both feature field recordings of trickling streams, as an aural diary entry from a writing trip to the Hiroshima mountains. A faint glug of water is also the backbone of White Letter From Heaven, alongside serene synth pads.

Final track Shooting Stars in Your Eyes has Haco’s voice easing to the fore, with images of sky, “green grass” and repetitive whispers of “in your arms”, as the album floats off, leaving the faintest of traces.