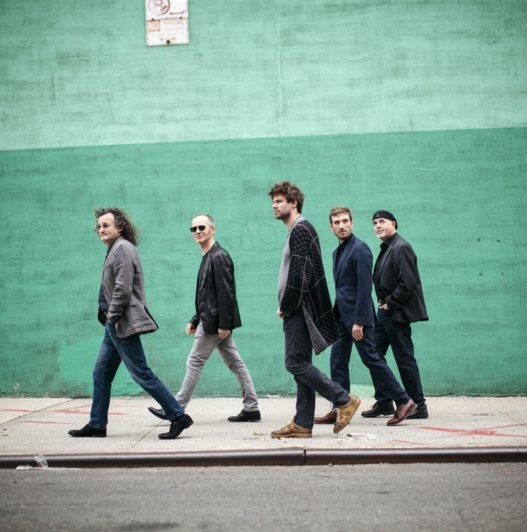 This is the third year in a row that The Gloaming have had an extended run at Dublin’s National Concert Hall — and if they kept selling tickets they could probably play for a month.

All the tickets for these gigs sold out in minutes — with extra dates gradually added until the run was capped at seven.

The five-piece played their first gig at the NCH in 2011, and since 2013 they’ve played a record-breaking 23 times — selling out each one as quick as a PR blitz blockbuster gig.

Their 2014 debut album somehow reignited trad music out of our hazy, intuitive collective memory into a shape-shifting form. It was quickly dubbed ‘alt-trad’ — in the same way ‘alt-country’ stripped the baggage away and cleared the decks for unprejudiced listening.

The Gloaming have also been called a ‘supergroup’ — which automatically evokes images of ageing rockers teaming up, mismatched pop stars, or Dave Grohl with anyone else who’ll have him. But none of five members’ past lives overshadow the group, creating an alchemy that evolves further on stage.

Fiddle player Martin Hayes has talked before about unshackling himself from convention; singer Iarla O Lionaird comes from an eminent sean-nos lineage; Caoimhin O Raghallaigh’s drone fiddle adds an avant-garde ambient element; American Dennis Cahill has been playing stripped back jigs and reels for decades, and New York pianist Thomas Bartlett aka Doveman brings an influence from his work with The National, Sufjan Stevens, Sam Amidon and Nico Muhly.

As with their debut, the band’s second album The Gloaming 2 was recorded live, once again over five days. They share an unlikely method with noise-rock titans Swans in that their albums are studio snapshots that unwind and evolve on the road, gaining more power and traction with every iteration and improvisation on stage.

The Gloaming 2 swiped away the talk of the cliched difficult second album, with a perfect follow-up. Veering between solemn laments and passages that stir your latent trad gene.

In the absence of a third studio album, they’ve just released Live at the NCH — six tracks distilled from dozens of hours of playing in their spiritual home.

Amid the transcendent The Sailor’s Bonnet, The Pilgrim’s Song and Cucanandy, you can almost hear the creaking and stomping of the NCH stage already — a small consolation if you didn’t get a ticket.