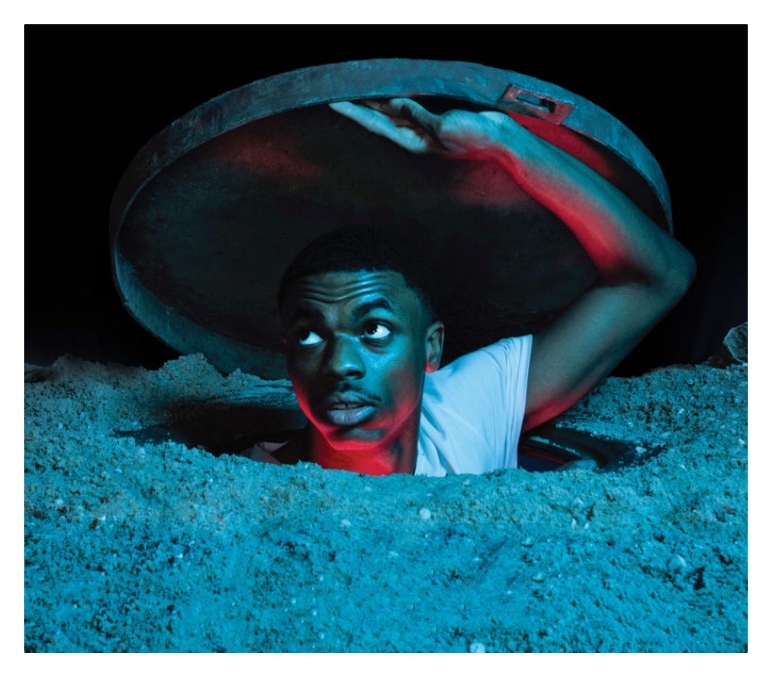 Life Festival in Mullingar got the head start on the summer season last weekend, with nearly every weekend booked up with sessions up and down the country. And as usual, Forbidden Fruit in Dublin is the handiest of the lot – a city festival a few minutes’ walk from the Luas stop at Heuston.

After seeming to come out of nowhere in 2011 by booking Aphex Twin – who returned for a proper brain-melter last year – the festival has gone through a few different guises since then.

They tried being all-rounders for a few years, veering towards indie on the main stages and techno in the tents, but since 2015 they’ve largely gone down the hip-hop and electronic route, with headliners like Wu-Tang Clan, Dizzee Rascal, Orbital, Underworld and Richie Hawtin, who returns this year again for his CLOSE audiovisual showcase.

Last year they introduced a Monday showcase with Bon Iver as main stage curator – acting as a sort of wind-down after the electronic blitz over the weekend. They’re going with that again, with the War on Drugs, Warpaint, Grizzly Bear and Spoon taking the edge off – unless you overdo it at all the Forbidden Fruit By Night after-parties dotted around the city after the main party is shut down.

Californian rapper Vince Staples released one of the albums of 2017 in Big Fish Theory, following some of the most acclaimed records of the last few years. He’s an impeccable beat curator as well – an instrumental version of the album could stand up other forward-thinking techno and electronica, with his choice of producers SOPHIE, Justin Vernon, Jimmy Edgar  and Zack Sekoff.

Where his debut album Summertime 06 was filled with nostalgic reportage of his teen years, Big Fish Theory takes its cues from the absolute state of the USA, with scattershot takedowns and surreal visual imagery. Staples has this festival set nailed by now – one hour, 20 songs, no hype men, no nonsense.

Canadian techno veteran Richie Hawtin is one of the old-school figures who’s constantly getting elbows deep in new technology and ways to present electronic music.

Instead of nostalgia trips and dead ends, Hawtin always goes down the fork in the road that points to the future — often upsetting the techno purists on the way.

From his early acid minimalism as Plastikman, to his Decks & FX mixes, his techno deconstructions like Closer to the Edit and landmark live performances — including at New York’s Guggenheim Museum — Hawtin is a true forward thinker.

There mightn’t be much overlap between the bleeps and beats on Saturday and Sunday at Kilmainham, and the fans heading for the unashamed indie-rock classicism of The War on Drugs.

With a debt to Springsteen, Tom Petty and even Dire Straits, Adam Granduciel’s band is behind some of the most beautifully-rendered guitar music of recent years, with 2014’s Lost In the Dream an instant classic.

Latest LP A Deeper Understanding crossed over even more into the mainstream, winning the Grammy for Best Rock Album, without sacrificing any of the deft touches that made Lost in the Dream and 2011’s Slave Ambient connect deeply with the indie crowd.

Justice once said they wished every song could be “like the opening of boxing championship when the guy enters the stadium”, so subtlety has never been their thing.
What the French duo do best is a clash of techno, electro and disco with stadium rock and metal dynamics – I remember them finishing with brain-fry strobes and Metallica’s Master of Puppets at Phoenix Park around 10 years ago. Since then they’ve had massive hits like DVNO and We Are Your Friends, but they’re still good for kicking your head off.

The untimely death of Adam ‘MCA’ Yauch in 2012 also  the Beastie Boys — one of the greatest hall-of-fame hip-hop acts of all time. There was never any chance of Mike D and Ad Rock carrying on as a duo, but Mike D has started touring as a DJ, in a tribute to the NYC legends.

Where he casts his net wide on his Beats radio show, the live showcase is a trawl through Beasties classics, checking in on the mic for his own bars.

Bassist, singer and producer Thundercat is a virtuoso who doesn’t lose sight of the real reason he’s on stage — taking you on a hyper-psychedelic funk and jazz fusion odyssey.

Through his freewheeling albums like Drunk and Apocalypse, and his high-profile collaborations with Flying Lotus, Kendrick Lamar, Childish Gambino, Kamasi Washington and many more, he’s a true crossover hero.

LA four-piece Warpaint are equally at home in clubs, theatres and festival fields – and their 2015 show at the National Concert Hall went down as one of the gigs of the year.

Warpaint are an elegant blend of lightly psychedelic art-rock, electronica and downtempo funk — more for swaying in the aisles than freaking out in the front row.

They’ve been a bit slow with releases over the last couple of years, but their third album Heads Up (2016) is still a breath of fresh air, with its hazy, analogue take on R&B.

They’ve had some leftfield support slots in the last year as well – going on tour with Depeche Mode and opening for Harry Styles.

After a live debut at Metropolis and a euphoric Kiasmos support slot at Vicar Street last year, electronic duo Mount Alaska are setting their stall out for festival season on the back of some brilliant 2018 releases. At the sleek, melodic end of the techno/electronica spectrum, the pair’s fine-tuned fractally creations build towards a hell of a release live.

Last summer if there was a field in Ireland with a PA and a mic handy, grime duo Mango x Mathman were on it like a shot. The Dublin pair are building up a head of steam in old school fashion, pounding the festivals, free parties and BYOB raves with their Mathman’s drill-tight productions and Mango’s gruff Dub surrealism and street reportage.

Their rise in the last 12 months has been largely down to word of mouth after their 2016 Forbidden Fruit set, so this may feel like a gun-finger victory lap of sorts.

If you’re burned out ducking into tents watching DJs bobbing and head-nodding over their laptops and decks, AE Mak’s [] electronic pop and inventive visual production may be just the remedy – with striking visuals and dance routine performance art touches.

The Dublin-based four-piece have been drip-feeding euphoric pop singles like I Walk and Glow and I Can Feel It In My Bones over the last few years, hoovering up fans at Irish festivals – and they made a high-profile dent at the Brighton showcase The Great Escape earlier this month.