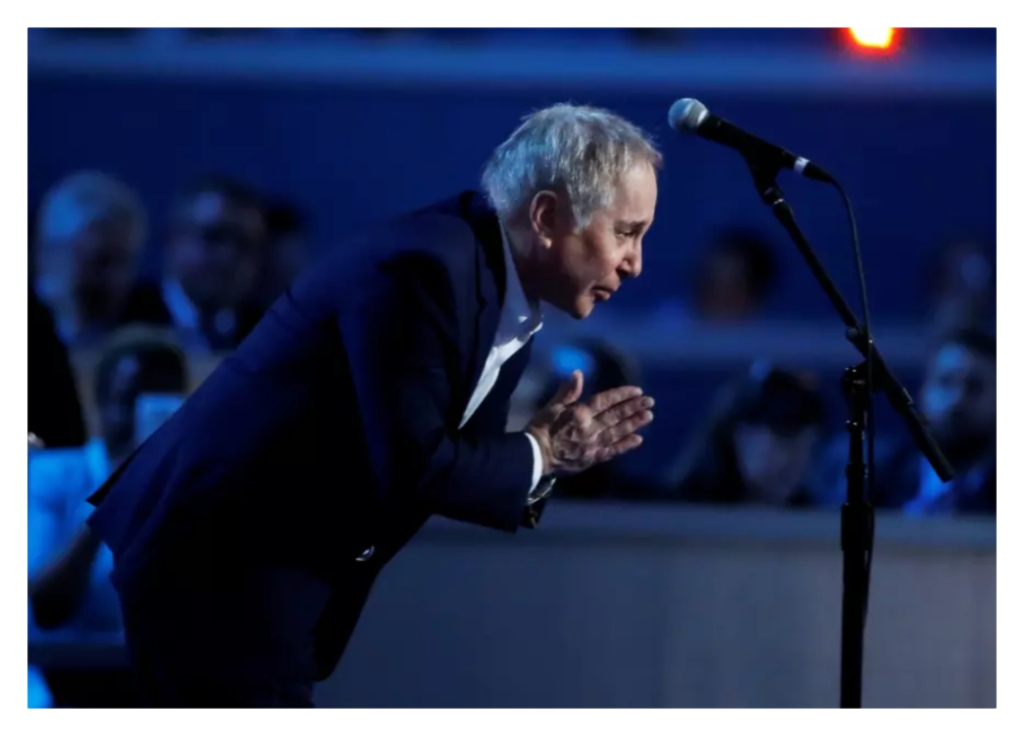 Paul Simon’s latest tour hammers the point home that this really is the last time. If he’d just called it the Homeward Bound tour we’d get it, but Homeward Bound: The Farewell Tour spells out a definite jolt that if you haven’t seen him now, this is your last chance.

And while we’re constantly hearing of bands and singers returning from retirement or reforming for one last cash-grab, Simon seems content that it’s the right time to seal up one of the greatest careers in popular music, that’s been constantly evolving for over 50 years.

Announcing the tour, he said: “I’ve often wondered what it would be like to reach the point where I’d consider bringing my performing career to a natural end. Now I know: it feels a little unsettling, a touch exhilarating and something of a relief. Paul Simon would’ve even gone down as one of the all-time greats even as half of Simon and Garfunkel with his now-estranged music partner. The pair were a defining 60s act with their literary, melancholy spin on folk rock and commercial psychedelia, and songs like The Sound of Silence and The Boxer, Bridge Over Troubled Water and of course Homeward Bound are still high points in Simon’s set, decades later.

Over 13 albums he’s delved into folk, West African folk and pop, reggae, electronic pop, new wave and experimental sample-based recording, with some of the most iconic songs in history.

He’s promised a proper career retrospective, and with virtually every song in his Farewell set a classic, this’ll be one of the most memorable concerts in recent years.