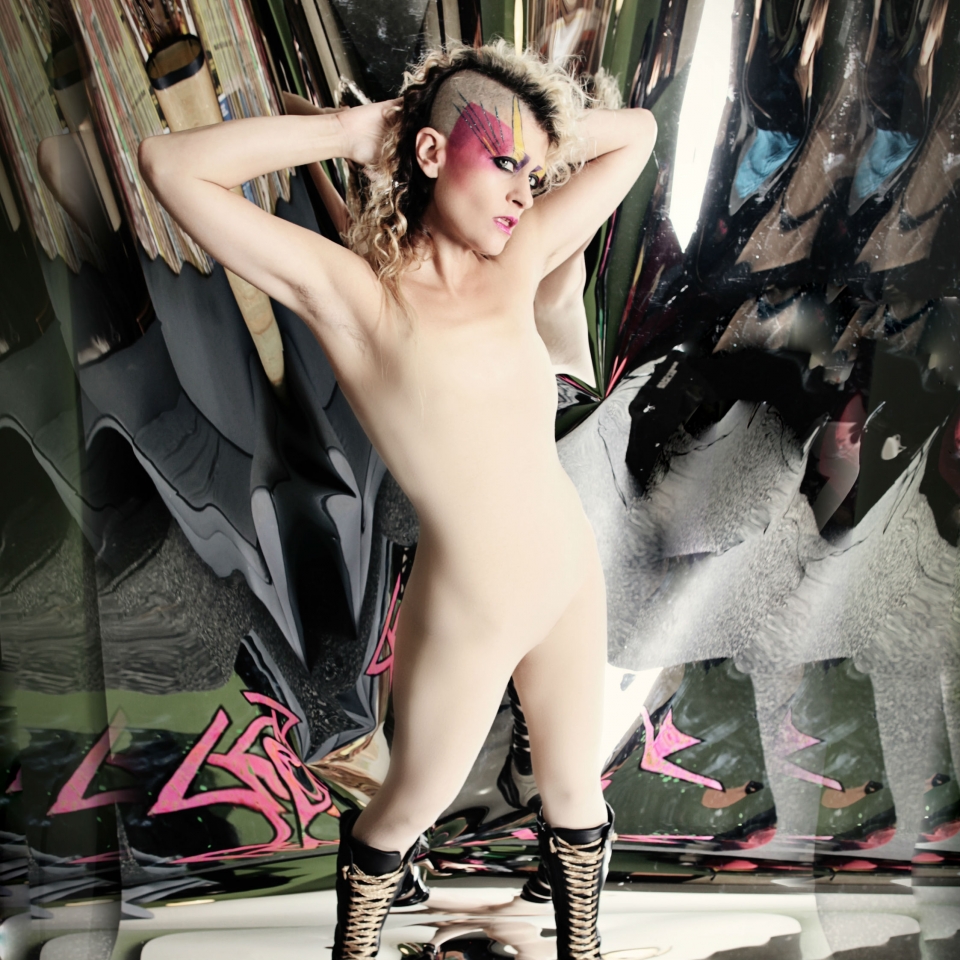 Peaches’ last show in Dublin was one of the most OTT gigs I’ve been at in years. The NSFW electro-punk queen’s outfits included a bodysuit draped in silicone boobs, a fluffy pink feather muppet suit and various sci-fi leotards, and at one point she went zorbing over the crowd in a giant inflatable condom.

For around 20 years, the Canadian singer, producer performance artist and activist has been one of underground music’s most singular voices — mixing minimal electronics and short-circuiting robotic punk with confrontational sexual politics. Peaches, aka Merrill Beth Nisker, may have plenty of dick jokes knocking around her back catalogue, but her songs are anthems to fist-up protest and gender identity issues, masquerading as smut. She has also been a vocal supporter of recent referendums in Ireland — playing at a Yes gig for the the marriage equality vote, and wearing a home-made Repeal T-shirt during the campaign earlier this year.

But maybe her most surprising left turn is her one-woman performance Peaches Christ Superstar, her take on Andrew Lloyd Webber’s classic rock opera, which she’s bringing to the Abbey Theatre as part of the Dublin Fringe.

Debuted in 2010, Peaches performs all singing parts accompanied by piano – long-time collaborator Chilly Gonzales was on board at the start. The performance riffs on the subtle subversiveness of the original, while avoiding any cheap fish in a barrel blasphemy — she’s loved the score for decades, and would often perform the whole opera to herself in her bedroom when she was a teenager.  Here’s a chance to see a real underground hero make a holy show of herself.