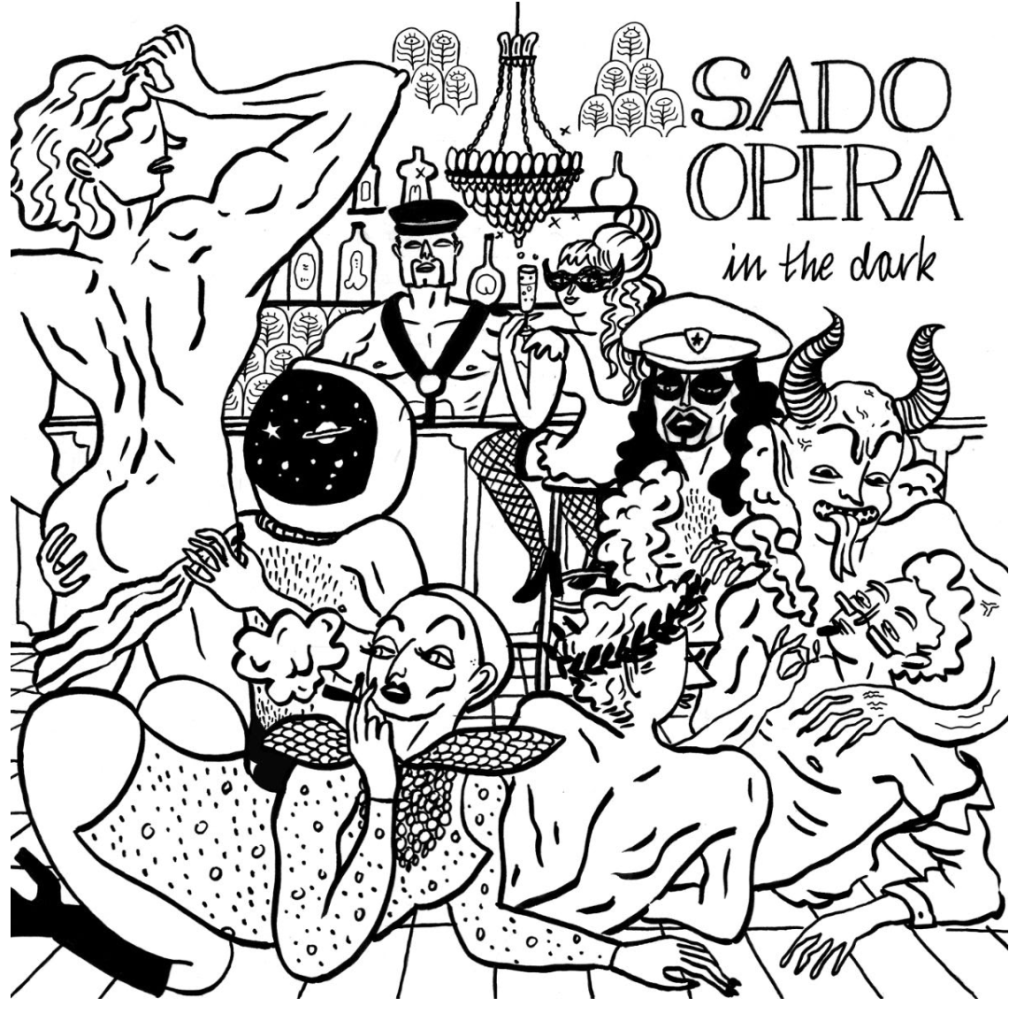 “Beyond the glare of streetlights, neon signs and policemen, there’s another world taking shape in the shadows and the music gets louder as you approach,” is the latest tantalising once upon a time intro from Russian queer disco cabaret crew Sado Opera.

The Berlin-based music collective’s new track is a tribute to one of the German capital’s most infamous sex clubs, Ficken3000 – which presumably makes Berghain’s secret AAA rooms seem a bit PG.

The new single In The Dark is a no-holds-barred celebration of queer club dark room capers – and since there’s no photography allowed in such establishments, art director Rory Midhani gets creative with cardboard puppets, with strings pulling in all directions, to capture the strokes, thrusts and spanks in all the dark corners. As far as there’s an actual story, the song and video follows Sado Opera frontman The Colonel – who’s equal parts camp sailor, flamboyant black metaller and Turbonegro recruit – entering Ficken3000 and spotting a handsome man who “looked so straight”. You can kinda guess what happens, when the handsome straight man is soon calling his wife to say he’ll be home late. You don’t really need to use your imagine either, as the cardboard thrusts and strokes spell it out.

The track itself is a collaboration with Damien Vandesande of the French electronic act dOP, and it’s an addictive analogue acid house jam, with fluttery 808 claps and Soft Cell sleaze slathered on top. It’s a joyous subversive anthem, with an underlying message of inclusivity, sexual freedom and empowerment (and big fists).

Sado Opera say: “The song is about an actual encounter that happened at Ficken3000. Not just a single encounter, in fact. We love telling the story at our live shows and turning every venue into a darkroom in a blink of an eye.”

Watch the video below, just not at work of course…