Neneh Cherry has just won a Swedish Grammi Award – with her latest LP Broken Politics winning Best Electronic Album of the Year. It’s a quick reminder that she’s actually Swedish, even though she’s left a huge stamp on UK and US club and pop culture.

The broad stroke bullet points into Neneh Cherry’s career are probably rugged pop and hip-hop crossover hits like ‘Buffalo Stance’ and ‘Manchild’, and the haunting duet ‘Seven Seconds’ with Youssou N’Dour. But Cherry has been there at many forks in the road in post-punk, dancehall, hip-hop, trip-hop and electronica since she moved to London in the late 70s as a teenager ready to roll up her sleeves and get stuck in. 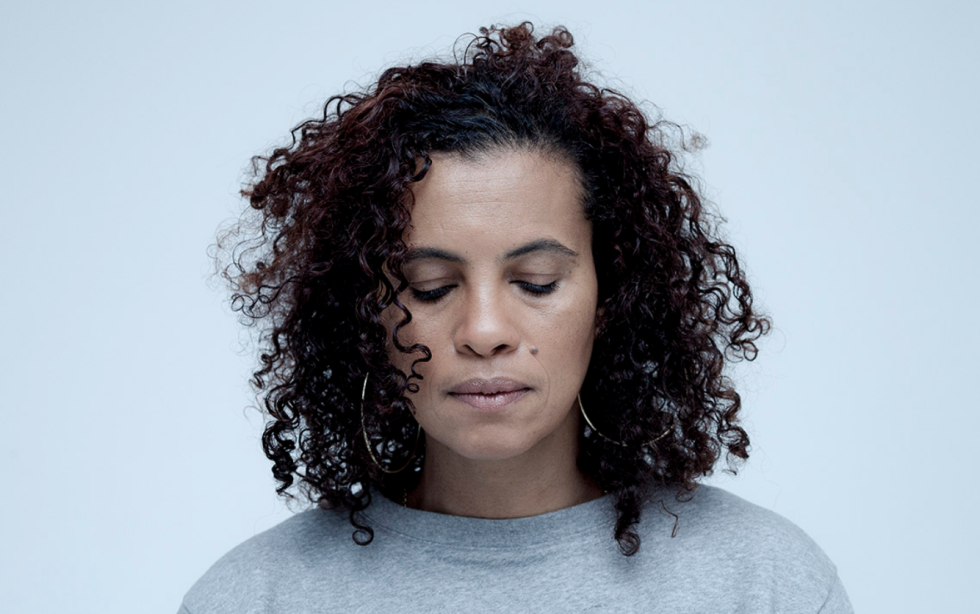 A decade before she was hanging in a ‘Buffalo Stance’ on Top of the Pops while seven months pregnant, she was squatting in London as a guest member of punk renegades The Slits, then formed free jazz no wave act Rip Rig + Panic with members of The Pop Group, before playing early rap records on pirate station Dread Broadcasting Corporation, elbowing her way into the UK soundsystem scene. An early demo of Neneh Cherry & The Circuit’s ‘Dead Come Alive’ on Adrian Sherwood’s compilation Science Fiction Dancehall Classics showcases a restless young MC drawing from reggae, hip-hop and badass punk grit.

Later on, Massive Attack’s iconic debut album Blue Lines was recorded at Cherry’s home, using chart royalties from her hit singles and 1989 album Raw Like Sushi. And when she won a BRIT Award in 1990, she melted the trophy down into jewellery, making sure that Jazzie B of Soul II Soul got a piece, just because “he should’ve got one”.

After going as pop as she could on her 1996 album Man, admitting she “didn’t feel motivated” to further explore that route, she had a 16-year break between albums — and her 2012 collaboration with Swedish free jazz trio The Thing has sparked her most creative period yet. Cherry’s roots are in jazz, as her father is the eminent trumpeter Don Cherry, and her earliest memory was sitting on Miles Davis’s knee. The jazz covers included skronky versions of Suicide, Ornette Coleman and MF Doom.

Speaking to me few years ago, she said: “Sometimes you just have to go more with your instincts. The brain often gets in the way, the mind starts going, ‘What is that, what are you trying to do? What does that mean?’ I like opening up the channels to get to that ‘thing’ without thinking too much. “The Thing album took me to a place that I was at maybe when I was with Rip Rig + Panic. I ended up accessing a part of myself that was somewhere in my consciousness that I wasn’t really conscious of.”

Her 2014 album Blank Project was another left turn, a sparse, bassy electronic head trip with duo Rocketnumbernine and producer Kieran Hebden aka Four Tet. It led to dubbed-out gigs in basement techno clubs, with many 90s pop hangers-on scratching their heads. “I watch the people coming into gigs, the ones coming in to hear Seven Seconds, often they’re like, ‘What the hell?’ It doesn’t fit into the box in their head,” she told me at the time.

With 20-odd years since her most famous pop hits, and a string of inventive, experimental records behind her, Cherry is thankfully staying restless. Broken Politics – another collaboration with Four Tet – is her finest, fully-rounded album to date. At times sombre and melancholy, it’s a step away from the ruffneck rap or the pop of old. She says it’s “a personal project about my own struggles as a sensitive human being… but also about the world we live in right now”.

Four Tet takes things down some echoey dub alleys, with chimes, steel drums and jazzy percussion and solos weaving among her words – with Cherry’s voice still among the greats. Cherry’s live shows in recent years have had a loose, jazzy vibe, with classics reimagined for smaller clubs, and a headstrong focus on the present and the future. You still might get the obvious hits at some point, but you’ll pick up a lot more along the way, suckah.