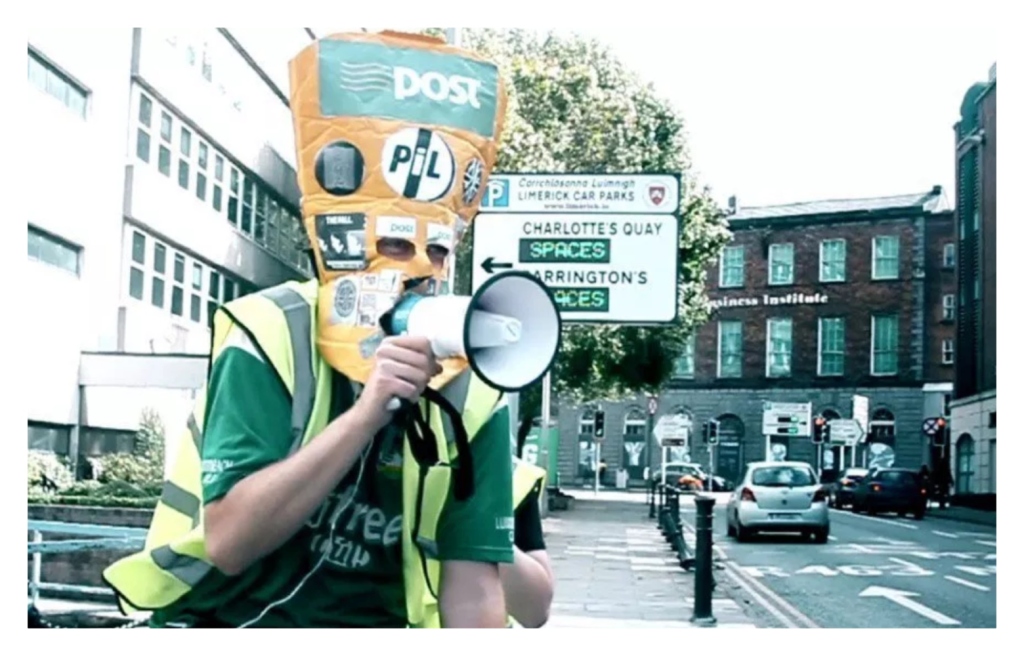 If you thought the Rubberbandits’ disguise of plastic bags on their heads was unique, get a load of Post Punk Podge – whose method of subterfuge involves a balaclava made from an An Post padded envelope covered in PiL, Crass and Joy Division stickers. He’s also known to play two-chord air guitar on a hurling stick and when he’s actually wearing a top it’s a Limerick GAA jersey.

PPP and The Technohippie’s new EP Post Millennium Tension flips Tricky’s paranoid masterpiece Pre-Millennium Tension on its head, but while Tricky’s 1996 album was crippled by inertia and paranoia, this is a “call to arms and a call to the dancefloor against the hypocrisy and the mundanity of modern life”.

With tracks that veer from surrealist sesh talk to Garda hit pieces and Limerick pride, there’s also a deadly serious undertone amid the ragged electronics and lo-fi punk guitars. The brown envelope on his head is a clue to the type of politicians he’s kicking against. They’re playing in Whelan’s tonight at midnight and the gig’s free, but not sure if he accepts donations through the eye-holes.