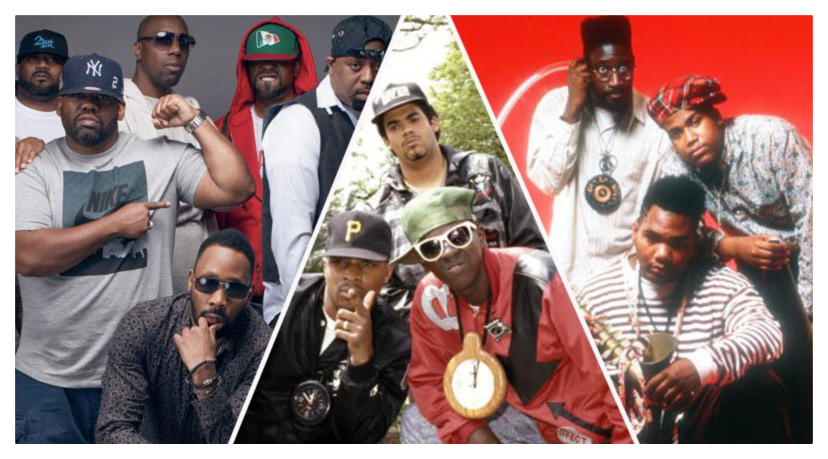 We should always be wary about nostalgia in any music genre, no matter how many times your mates post songs from their teenage years saying it used to be way better.

Still, the most scene with the biggest love pile-on for the past is hip-hop, with a ‘Golden Age’ of acts that’s been scratched into stone tablets.

From the mid-late 80s to the early 90s, hip-hop went through a period of exponential innovation, which along with house and techno running parallel at the same time, laid the plans for hundreds of underground subgenres as well as the biggest pop artists of the current age.

The brazenly named Gods of Rap tour has rounded up three of hip-hop’s most iconic legacy acts for a guilt-free nostalgia trip with an outright ban on trap hi-hats.

Both Public Enemy and De La Soul are Golden Age bullseyes, landing in the late 80s, while Wu-Tang Clan hit the scene like a petrol bomb in 1993 and helped splinter the scene into more hardcore factions.

Gods of Rap is loosely billed as anniversary shows for the three acts’ most celebrated albums – Enter the Wu-Tang just turned 25 when the tour was announced, while it’s 30 years since Public Enemy’s It Takes a Nation of Millions to Hold Us Back and De La Soul’s 3 Feet High and Rising.

A debate over the most influential LP between the three could go on all week, with each one socially conscious in diverse ways – from Public Enemy’s militant political, confrontational sloganeering and De La Soul’s jazzy, soulful positivity, to Wu-Tang’s violent street reportage infused with a surreal kung fu mythology that portrayed Staten Island as the Slums of Shaolin. Just last week, the New York borough paid it back by renaming a Staten corner Wu-Tang District.

To tie it all together, one of the all-time greats, DJ Premier is the host and MC, spinning between acts – more than likely dropping cuts from his own productions with Nas, Gang Starr, Large Professor and many more.

Even if you’re a disciple of one or all of the above, avoid the typical old skool vs new arguments by appreciating the timeline of an ever-evolving artform. Hear De La Soul’s jazz flavours and social justice rallying explored deeper in Kendrick Lamar’s landmark albums; Enjoy PE-style fist-up militancy and collage noise production in the likes of Clipping and ho99o9, or Wu-Tang’s dusty, stark boom-bap minimalism from Joey Bada$$.

The unashamedly lofty Gods of Rap tag suggests an immortal vibe descending on the tour, and these legends aren’t leaving the building yet.