“I certainly have a little dragon lady in me,” the Black Madonna says over the phone, laughing.

It’s a few days after the Game of Thrones finale with half the world losing the plot, but she’s not living in a fantasy land — instead directing much of her dragon energy into activism and humanitarian campaigns, using her platform as one of dance music’s most respected figures.

The Black Madonna, aka DJ and producer Marea Stamper, is headlining Belfast’s AVA festival in the Titanic Quarter tonight, no doubt joining the dots between house, techno, disco and weirdo pop. You’re never too far from a transcendent outlier – I’m recalling her headlining La Route Du Rock in Brittany last summer in front of a stained glass window backdrop and playing Harold Melvin & the Bluenotes’ Don’t Leave Me This Way — a genuine last stretch spiritual moment that taps into the name of her label, brand and overall life mantra: ‘We Still Believe’. 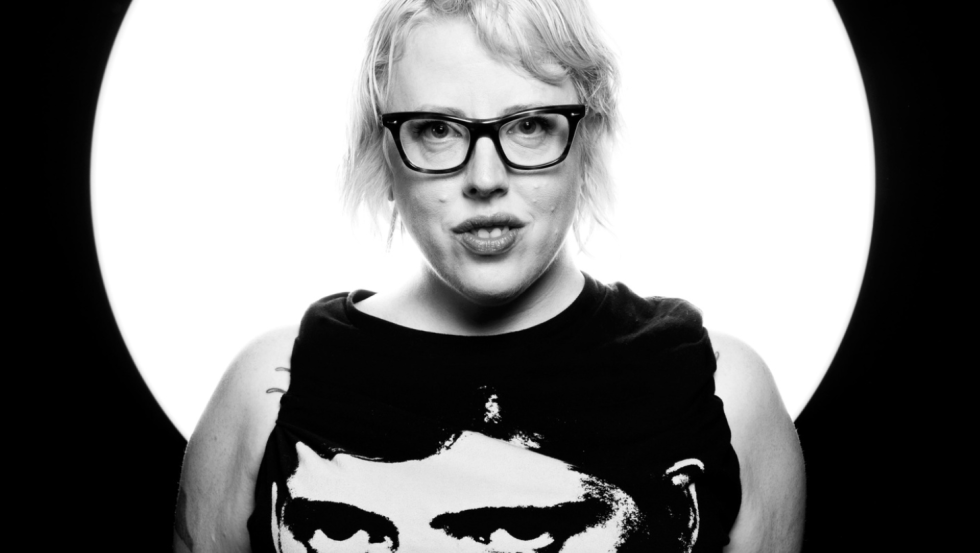 But before her DJ set tonight, Stamper is taking part in a Resident Advisor Exchange keynote at the MAC art space, on the theme of activism in music. She worries that dance music has lost some of its edge as a force for marginalised communities, but does add: “Maybe it’s come back a little bit, but right now there is an exhausting circular Twitter firing squad that I worry about.

“People are afraid sometimes to ask questions or get stuff wrong. Certainly I’ve been wrong myself a thousand times. But I want to welcome people into the process of trying to help rather than making these discussions hostile…”

TBM is on the phone in the morning from her adopted home of London, firing on plenty of good-humoured cylinders for someone who’s just back from a tour supporting the Chemical Brothers in the States and South America. We’re also chatting as the UK political shitshow is hitting surreal levels, with Theresa May resigning and Nigel Farage’s Brexit Party about to smugly win a third of the vote in the European elections.

“I’ve just come back from South America so I’m probably clinically 20 IQ points lower than I should be with jet lag,” she says. “Every time I take a nap and wake up something new has happened, it’s like I’m getting new push alerts from the Washington Post every 15 seconds.”

Jet lag or not, Stamper says she felt “really honoured” to be on such a high-profile tour, “just being able to watch a production like that… it’s kind of like looking inside a very expensive Swiss watch – they were so meticulous with this incredible stage show. And you know, what such nice guys, total gentlemen, really sweet, I loved playing to their crowds.”

The high-profile support slot is just another box ticked off in the Black Madonna’s rise over the last few years. A rave scene lifer since her teens in Kentucky, she initially immersed herself in the community selling mixtapes at illegal parties all over the Midwest from the boot of a car. After years of knockbacks and DJ hustling that tested the limits of We Still Believe, her right fork in the road came when she got headhunted to be the resident and booker at Chicago’s legendary Smartbar, the world’s longest-running dance club.

After 20-odd years as an underground figure her first booking outside of the US was Berlin’s iconic Panorama Bar in 2013, on the back of the transcendent Lady of Sorrows EP that was rinsed by house legends such as Derrick Carter. Since then she’s been a fixture at festivals and seminal clubs worldwide, as happy spinning on the spot to 300 punters in basement clubs or Dekmantel, Glastonbury, or – another memorable 2018 show – changing over from Honey Dijon at last year’s Metropolis in Dublin.

She takes a breather every so often to take stock, without being too self-congratulatory.

“You know there’s that great Drake song called Trophies, about how the most important parts of what you do in music, they don’t really come with trophies,” she says. “There’s no award ceremony for the really important parts. And there are other things too, like you know, being able to help your family, that’s a big one.”

Marea has previously recalled being bullied at school and in her Red Bull Music Academy talk she described getting “dropped in a Chevette with Public Enemy stickers on the back of it”. She adds: “Of course as somebody that grew up in Kentucky as poor as anything, like every good country girl your ultimate dream is to buy your mom a car. And playing with your idols, those are the kinds of things you file into that too.

“But don’t get me wrong – if I ever win the Grammy I’m gonna take shots of bourbon out of it! And in real Kentucky girl style I’ll sip it slowly.” She says the “real joy” of the job is using her platform to raise issues, and she can often be found calling bullshit on misogyny in dance music, racism, homophobia and the downward spiralling American politics. The day after our chat she’ll be playing her own We Still Believe stage at Birmingham Pride.

She calls herself “a low-key activist, but an activist nonetheless”, adding: “This is going all the way back to my grandparents, who were civil rights activists. I have a very deep, solemn, country girl thing about service, community, family – all that stuff. It’s a very big part of who I am.”

In the past she’s admitted feeling exhausted on Twitter in the face of some ugly scenes – a recent one being Ukrainian DJ Vakula releasing an EP with a cover of four female DJs – The Black Madonna, Nina Kraviz, Peggy Gou and Nastia  – flying a penis-shaped spaceship.

She clearly prefers “boots on the ground” activism and “the ability to serve”. She adds: “There are people who really do this for a living and some people who are heroic on a scale that I can’t even put my head around.

“But to be able to assist people in concrete ways is amazing. I started as an ambassador for Help Refugees this year, the second largest refugee organisation in the world. There are more things rolling out in time as my relationship with the organisation deepens.”

She has also started working with a group within Help Refugees called Say It Loud, which provides support and advocacy for LGBTQA+ refugees and asylum seekers in the UK. It was set up in 1994 in Uganda by student Aloysius Ssali, who fled to the UK in 2005 after being tortured for his sexuality.

“I just connected with them and met Aloysius… the Ugandan activists are incredible,” Marea says. “And I have a special connection to Uganda because I travelled there to work with a women’s DJ collective there. I became really close with several of the women involved who are now living in America after having fled.

“Becoming closely connected, y’know it no longer becomes theoretical – it’s like, ‘This is my friend and we have to get them from point A to point B… how are we going to do this? That put a fire in me.”

Stamper’s most raging fire could well be reserved for abortion rights. We’re speaking just after Alabama signed the strictest abortion ban in the US into law, and also the one-year anniversary of Ireland repealing the Eighth Amendment.

But the North still has extremely restrictive abortion laws, so on her trip to Belfast, is this a campaign The Black Madonna can get behind?

“Yes I do know about this and you better believe it, I’m absolutely behind this campaign. Solidarity between women and their reproductive rights internationally is essential. I was radicalised pretty early on this… I was brought up to be a feminist, I was given a copy of Our Bodies, Ourselves when I was 14 by my grandmother.

“This is the real global issue that affects women — we need to frame it as a health issue and not an ideological issue. I believe many people who oppose abortion rights do so in good faith, out of ignorance. But regardless of the reason, these rights must be defended globally. Period. Full stop.”