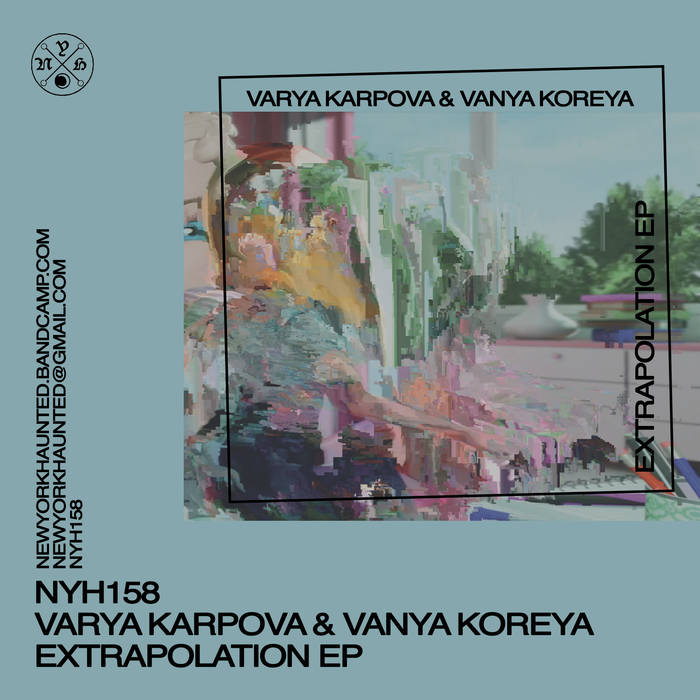 Dutch label New York Haunted released a free download compilation last week called In Debt To the Preset, a warm-hearted tribute to famous synth presets, warning: “This is not some ironic hipster joke, this is us paying tribute to the men and women that created banks upon banks of presets for the gear we like to use.”

Within 30 seconds of the first track, DyLab is shredding hardcore rave Mentasm Hoover stabs over chaotic Amen jungle breaks, in a pure joyous old skool high-five, sweetened even further by an oddly pitched sample of ‘Girls Just Wanna Have Fun’.

A week later (NYH is seriously prolific with 191 releases on Bandcamp), St Petersburg duo Varya Karpova & Vanya Koreya get the Hoover out in the first minute, with a classic UK rave piano motif following not far behind. The Extrapolation EP isn’t a mere baggy-jeaned acid house nostalgia trip, though – there’s too much venom and dirty fingernails all over this, from the dystopian sci-fi sound design smothering the rave on the title track, to the iron foundry kicks on ‘You’re On Top’, which wouldn’t sound out of place in a set by Perc or Ancient Methods.

‘Humanity’ borders on industrial gabba with its hammered sheet metal rhythms, offset by euphoric trance builds, while ‘Center Mass’ has a scary as fuck percussion effect that brings on a feeling of animalistic snarling jaws at your ear. While the main takeaway from the EP is its colossal, unsettling drum programming, the subtle traces of comfort blanket dance music DNA keep you grounded. It’s hard to stay on top of New York Haunted’s hectic release schedule of next-generation techno, house and noise, but don’t sleep on Extrapolation.