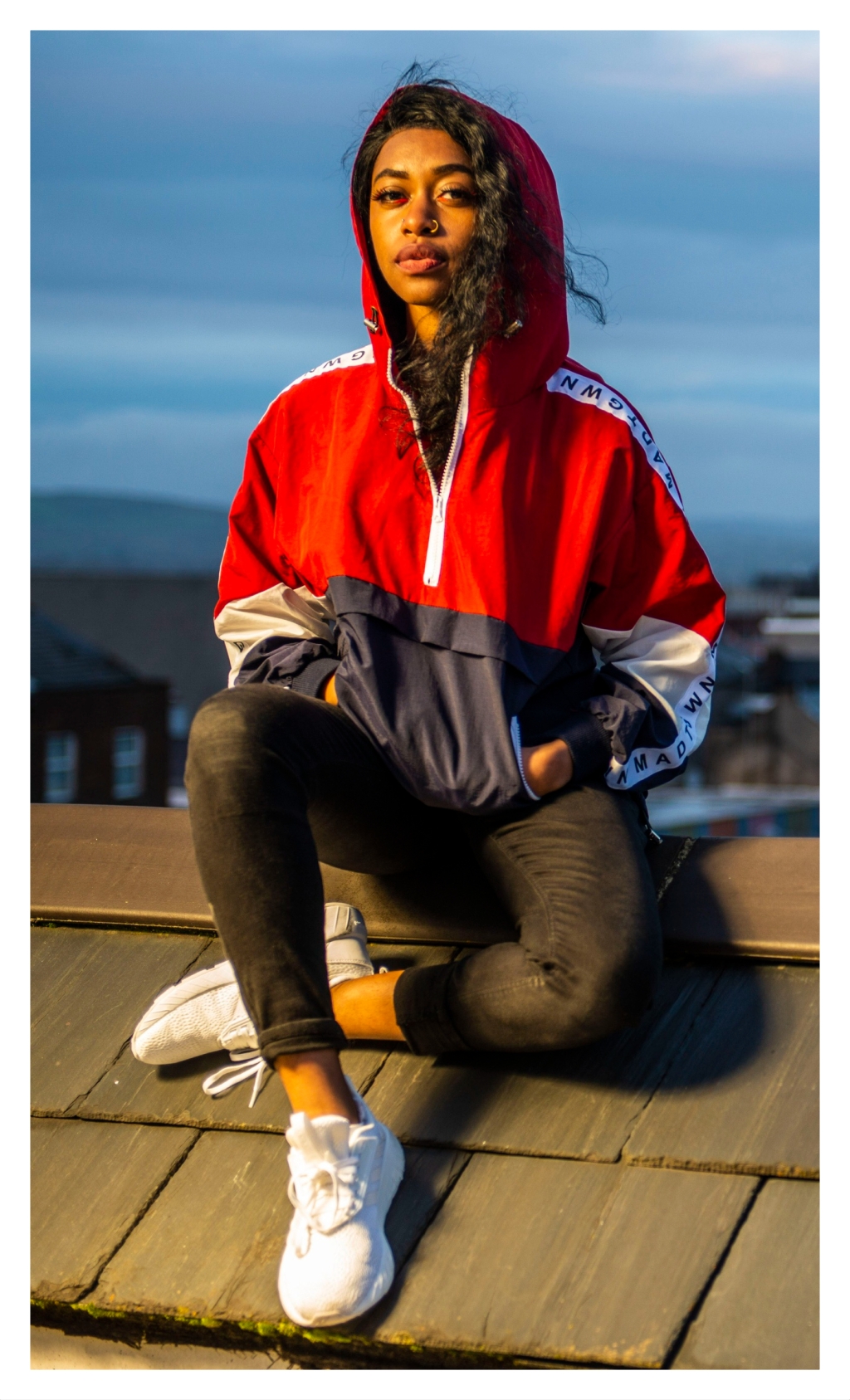 The end of this month brought another realisation that gigs are starting to feel like a mirage in the distance. But it does coincide with another ‘Bandcamp Friday’, when the digital music platform waives its commission and gives 100% of fees to artists for music and merch sales.

One of the most vital new voices in Irish hip-hop, Denise Chaila was a striking presence on Rusangano Family’s 2016 album Let the Dead Bury the Dead, and live features in Limerick’s underground scene. She’s been punching up through that underground in the last year or so, with her mic-drop debut single Copper Bullet, fol- low-ups Down and Chaila and her streamed online performance at the National Gallery.

OK, 2-for-1 is kinda cheating, but the Limerick- based MCs have come as a pair for years, forming like a two-headed Voltron to lead Rusangano Family, Ireland’s first Choice Prize-winning hip-hop act. The pair have been busy on solo work recently, both with timely commentary on race and hip-hop culture in Ireland — notably MuRli’s high- life/Afrobeat-fuelled EP Till the Wheels Fall Off, and God Knows’ Who’s Asking? EP, with rugged, ruffneck beats by SertOne, The Line and Naive Ted of Fly High Society.

The closest thing on this list to an ‘institution’, All City has been a Temple Bar hub for vinyl and graffiti and street art supplies since 2001, with a bigger focus on hip-hop and electronica. It’s also a record label and its reissue wing Allchival is a real gem, unearthing leftfield treasure from Ireland’s underground.

A fist-up protest movement against capitalism, white supremacy, office drone drudgery and self- help cult fraudsters — but make it funky. Irish producer and singer Meljoann dishes out vicious satire through electro-funk, New Jack Swing and glitchy, futurist pop, eye-rolling at all of the above in a power-dressing business suit, a Keytar and PowerPoint slides. She runs her own label Boy Scout Audio — check out Brontis and Teishi-1.

Dublin-based sound and visual artist Michelle Doyle aka Rising Damp probably released the least ‘hopeful’ Irish album during the pandemic. But anger is an energy, and her debut LP Petrol Factory throws a match over brutal policing and surveillance, through industrial post- punk, noise and electronics. It’s released on the label Where the Time Goes — keeping Ireland weird with glitchy shoegaze, experimental electronics, drones and noise and more out-there sounds.

Belfast electronic producer Alpha Chrome Yayo is one of the most prolific artists on Irish Bandcamp, with 24 releases in the last 18 months. Impossible to predict, his catalogue includes retro synthwave soundtrack remixes, new age ambient, a video nasty about an evil ice cream van, and a concept album a virtual golf course.

The tagline on the Dublin-based electronic label simply says: “Only enjoyin’ ourselves”,
which is exactly what thousands of heads in the city have been doing for years at their club nights. Now clubbing is off-limits, flick through their catalogue for recent gems from Diamond Dagger and Cignol, and archive techno from D1 Records’ Eamon Doyle.

I walked past a huge Vernon Jane billboard poster near my gaff in Dublin 7 for months during lockdown, amid other non-events and out-of-date films — but at least they got to play their Academy gig. And after the COVID logistical nightmare, they finally released their debut album after a delay of a few months. It’s worth waiting for — a noise-rock rager in four separate acts, with Emma Jane offering spoken word passages and delicate interludes to soften the blow.

There’s a purity in running an extreme metal label in Ireland, sticking fingers up at any chance of really hacking up through the underground. There won’t be any morto columns wondering if we finally have a Blur vs Oasis moment if Invictus acts Head of the Demon or Grave Infestation release albums on the same day.
Invictus is based in Dublin but it has an international roster, all leaning heavily into death, doom and black metal, with releases from Ireland, Slovakia, Sweden, Peru and further afar.

Not sure if this Belfast label is named after the Fall song, but to paraphrase the great Mark E Smith, if you’re not down with Touch Sensitive, “you are drunk or too old”. Local boy David Holmes is the biggest name on the roster, but you’ll find plenty of other fine noises in there — go for the Wacker That comp for starters.