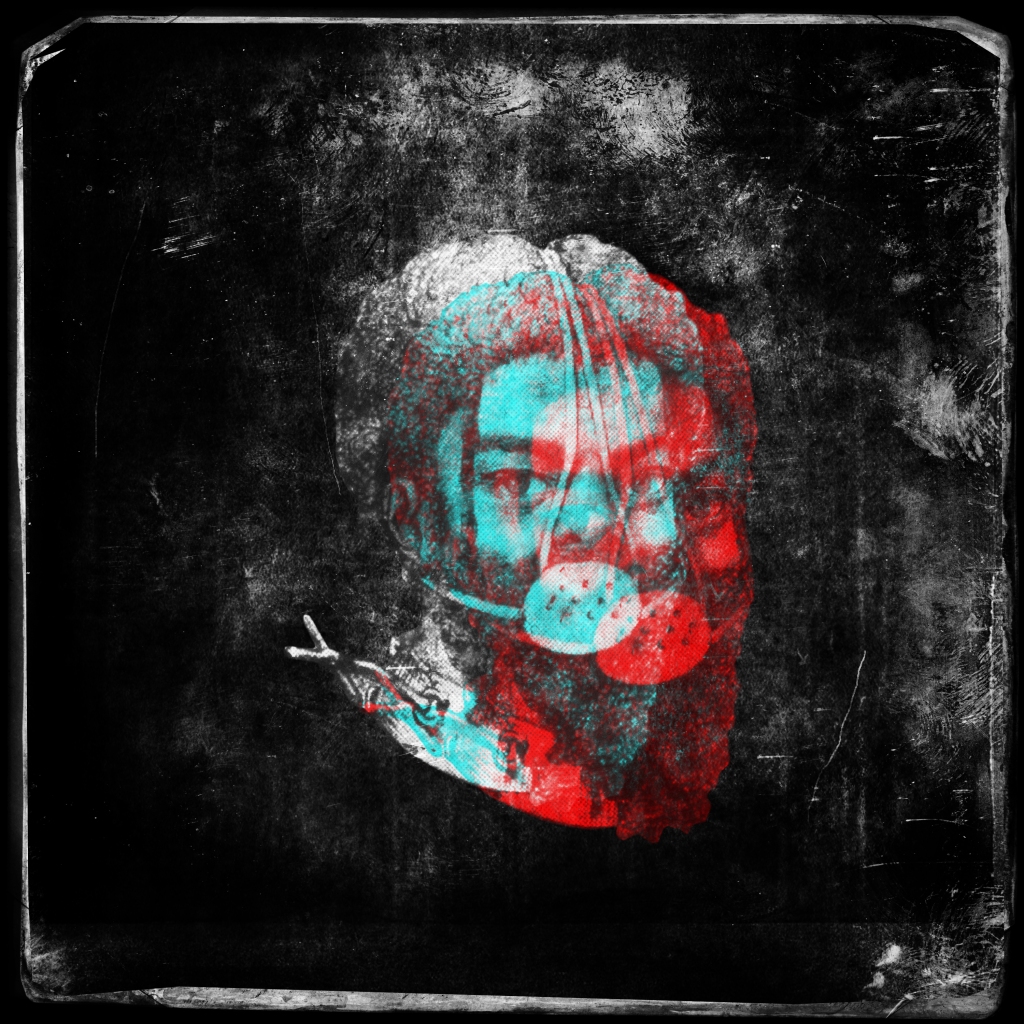 Gonjasufi is a PR wet dream – a perpetually stoned yoga teacher from the Mojave Desert signed to Warp Records, who’s got a voice that Flying Lotus calls “timeless, incredible filth”. Box-ticking aside, he claims he’d be “a dangerous man without music”, so it’d be rude not to look behind the dreadlocks.

San Diego native Sumach Ecks piggy-backed onto Warp after his 2008 guest spot on the FlyLo track ‘Testament’, which saved his ass from a life of bumming around washing dishes, weeding gardens and pumping fuel into planes. His Warp debut A Sufi and a Killer was one of 2010’s highlights — a raggedy hip-hop flea market full of woozy psychedelia, eastern strings and sleazy Stooges riffs peering out from a cloud of green smoke and Sufi mysticism.

On this 25-minute mini-album, Gonjasufi’s calling card is still his sandblasted voice – ranging from a Waits-like croak to a frail falsetto or a spoken word lament in a blink. On A Sufi and a Killer, Flying Lotus, The Gaslamp Killer and Mainframe concocted most of the beats and samples, but Ecks marks his own spot this time by avoiding the sprawl and going solo, direct. He’s even lower than lo-fi this time, his sloth-like broken beats buried under electronic fizz and vinyl crackle. White Picket Fence conjures up anything but Middle America – sounding like Pink Floyd’s Breathe on the Dark Side of all the bad drugs. Feedin’ Birds (a ‘duet’ with his wife) is another thrilling dose of the fear, its slow-motion blues twang evoking a scene in a David Lynch film when somebody’s about to go on one.

Some light seeps through – the songs are knitted together with skittish Madlib-style sketches, radio dial interference, and the atmospheric piano cues on Timeout are straight out of DJ Shadow’s Endtroducing notebook. The serene standout track Nickels and Dimes even samples kids at play, and not in a crass horror movie way.

Here’s a minor gripe – Gonjasufi isn’t afraid to mouth off in interviews, on-stage rants and bizarre tweets, but his oblique lyrics on MU.ZZ.LE are blurred even further with echo and distortion effects to the nth degree. If only we knew what he was on about. Then again, he’s a rare breed, like that wired-up dude at a party who comes up with some profound spiel at the end of the night. Suppose it’s good to keep a few secrets back there.