The third edition of Open Ear returns on the June bank holiday – a showcase of essential acts from the Irish electronic music underground, in the stunning Sherkin Island off West Cork.

The first wave line-up has just been announced, taking in techno, electro, avant-garde electronics, modern composition and general bass-rumblings that’ll fuel a weekend of dancing at the edge of Ireland.

This year’s list of acts is its most diverse yet, with the immediate change being the Dimensions-style ‘opening concert’ on the Thursday night in a secret area on the island, featuring avant-garde composer and Irish electroacoustic pioneer Roger Doyle; multi-instrumentalist Aine O’Dwyer and Red Bull Music Academy graduate Dreamcycles.

Organisers have also upped the artistic scope of the festival, so expect on-the-fly one-off collaborations, installations and new performance areas – while still deferring to the natural beauty of Sherkin.

There’ll be additional artists announced in the coming months, but check the poster below for the acts so far, and get weekend tickets at eventgen.ie.

Keep an eye on openear.ie for the full programme and news. 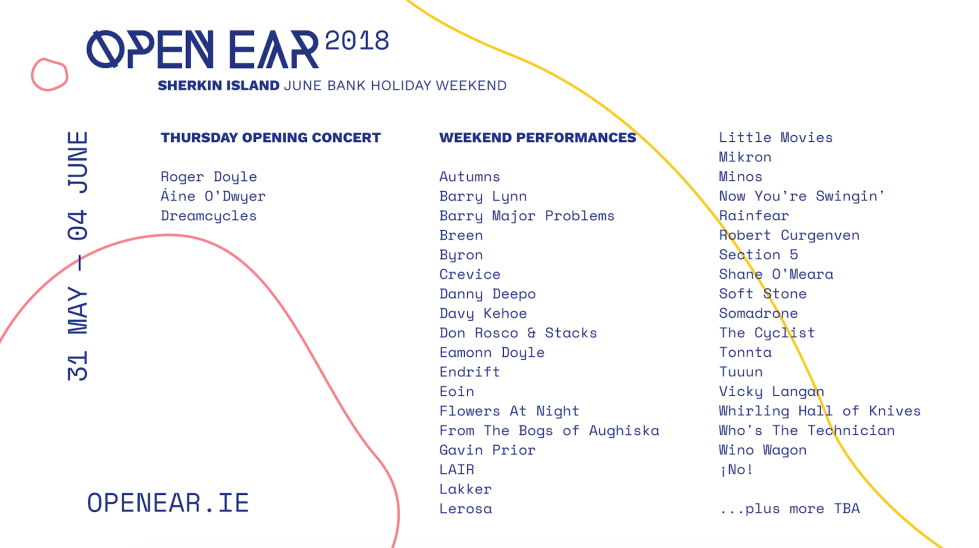