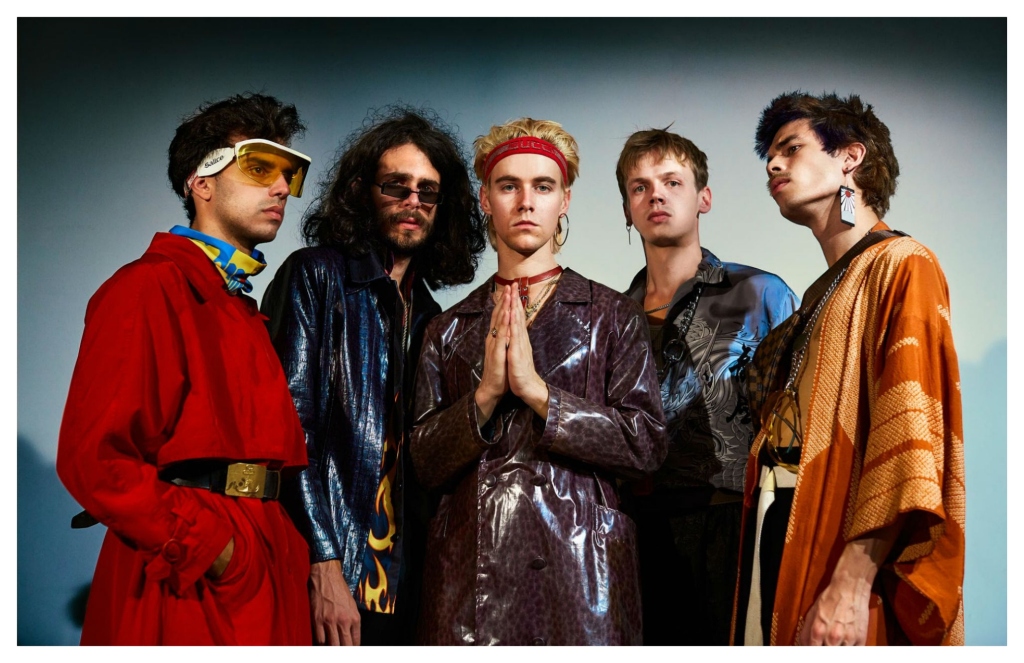 Around 2016 there was a whiff of PR and journo hysteria off this London bunch, recalling the time everyone lost the plot about Fischerspooner during the electroclash years at the turn of the millennium. For some reason, though, it hasn’t really materialised for them as everyone expected. Still, after five years they’ve just released their debut album West of Eden.

HMLTD were the billionth band to be called the saviours of rock, with a hyper mash-up aesthetic that flings everything at the wall, from straight-up glam and punk, to new wave synthpop and dubstep drops — and more of it sticks than you’d think.

They’re also one of the most visually striking guitar bands doing the rounds, taking early Roxy Music’s feather & fur aesthetic and adding more slathered make-up, brighter hair and fake blood. Not really music for a school night, but as Tuesdays go, what else would you be doing?