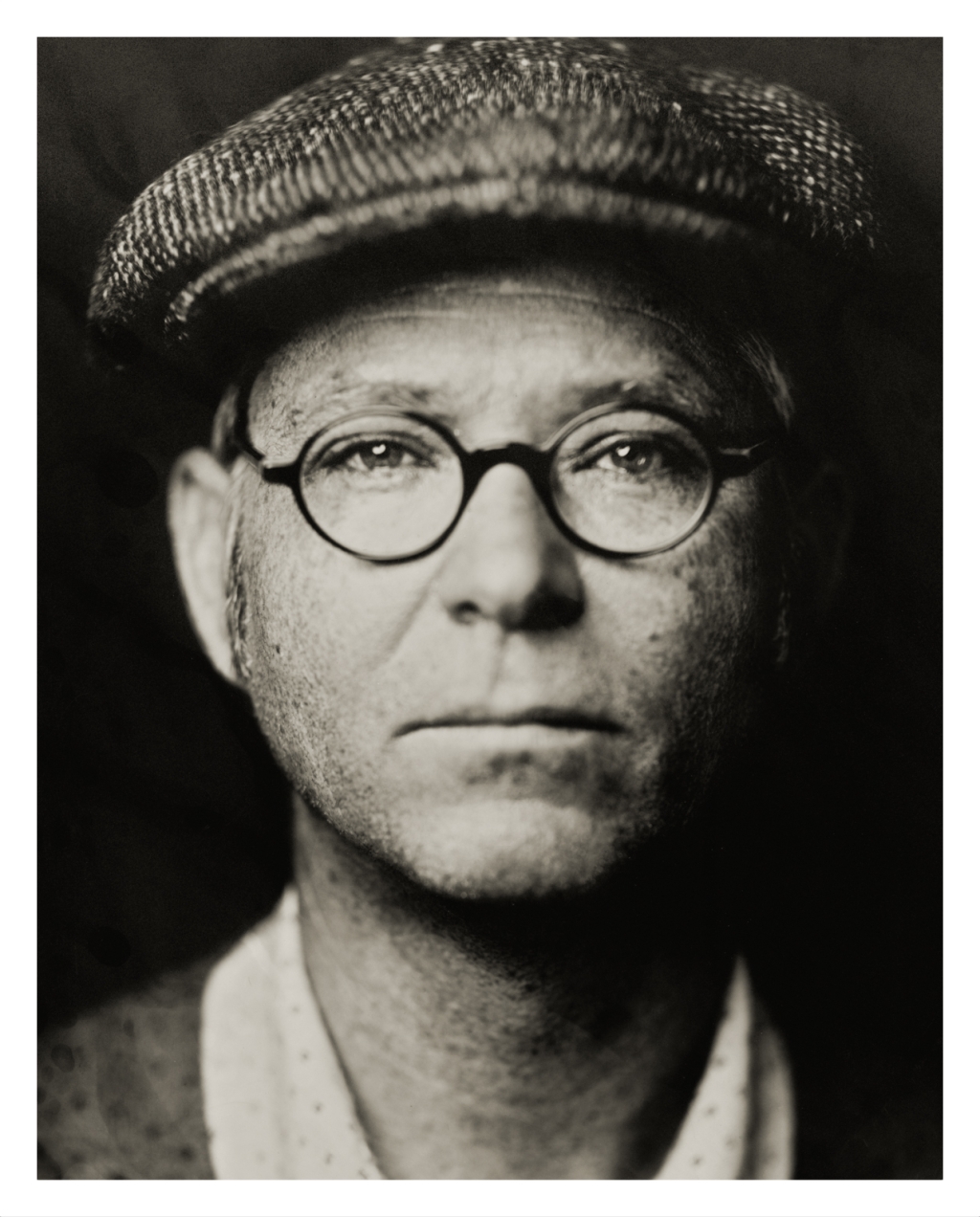 The joke about wide-eyed US tourists chasing their family tree around Ireland has worn thin, but sometimes it works both ways. And if you’re an Irish folk artist, finding you’re related to a 19th century New York gang leader and infamous Irish-American anti-hero, you won’t let it lie. New York-based Vincent Cross came across James ‘The Rooster’ Corcoran in an 1899 New York Times obituary. He had died at 82, after decades of leading a shanty colony and an underworld faction called the Rag Gang.

He didn’t let it lie, and five years later, he’s released the concept album The Life and Times of James ‘The Rooster’ Corcoran.

“My sister mentioned Corcoran, that we were related to him, and as I was living in NYC could I visit the inscription to him and take a picture for our dad,” Cross says. “She sent his obit from the New York Times, and his Wikipedia page, and I found it overwhelming at first. Then I found the inscription under some construction, and started reading about his exploits… I thought I’d have in a go of setting the stories to song.”

Cross immersed himself in the language and music of the era and he weaves a tale from first-hand accounts, tabloid stories and the folk tradition of being generous with the truth. It begins with 25-year-old Balbriggan fisherman Corcoran setting sail for the US in 1844, and ends with the elderly Rooster mourning his beloved wife Kathleen. It’s a tale shot through with villainy, Irish divilment, desperate romance and the odd cop with his head bashed in, with a rich backdrop of concertina, bouzouki, minstrel banjo and bodhran.

Cross was born in Dublin, raised in Australia, then returned to Ireland for secondary school in 1981, and after finishing school he became a travelling troubadour of sorts, playing clubs and busking in London, hitchhiking across Europe and then settling in Galway for a few years in the early 2000s to study for a degree and immersing himself in the local folk scene. He moved to NYC in 2006, where he’s been exploring folk, bluegrass and all its historical left turns. He spoke to me recently from his adopted home about his new album, and the story behind James Corcoran, who seemed more than just a dastardly fiend.

After discovering that The Rooster was a long-lost relative, how did you start trying to unearth the story?
If there had been a book about him it would have been great, as I’d just take from that the main ideas. However, there was no book and most stories were first-hand accounts of actual events and so I thought I’d have a go of setting those stories to song. Only Tommy his son gets a mention the Gangs of New York,  so the first song ‘King Corcoran’ was all from the tabloids, and titled titled from one of the headings from the New York Times, 1899.

Apart from the fact that it’s a great tabloid tale, what was it about the story that gripped you the most?
It seem to reveal so much about the Irish-American experience that I had never really known, and this became more relevant now that I was living as an Irish-American immigrant.  Sure the Five Points and the slums were brought to life in the Scorsese movie, but Corcoran seemed richer in his narrative. By starting the Rag Gang and then forming a colony he must have had to contend with huge obstacles least of all those natives who thought the Irish no better than a savage beast. He is portrayed both as hero and villain, and I think that complexity has left him out of the historical records and history books today. Considering the life he lived that is detailed in the New York Times obit this should not have happened.

You’ve made a point of calling the album The Life and Times of James The Rooster Corcoran. Was that to give you a chance to delve into the era itself, almost like a historian?
There were a number of reasons that I felt the title suited the project, and I think you’re right that you need to delve into the era to understand the context of the times in relation to the character. I also wasn’t sure if Corcoran’s story alone would be interesting enough or that I could muster the skill to write songs that focused, and so this broader title allowed me to deviate if I felt stuck at any time.

As a song maker I struggle with the idea of commercial songwriting and have never written to a deadline or to be topical or to chart, and so I wanted to see where the project would lead me too. Once I opened up I came across Albert W. Hicks, the last pirate of New York to be hanged, and I was able to include him — though only after discovering an 1860 broadside that challenged my interpretation of events which were based on the Gangs of New York version. It also opened up his other family members, and even now am still writing songs.

Do you think it was important to have an air of reportage rather than straight balladry in telling the life story of Corcoran? Did you have to get into character yourself?
I’ve always been excited by the anonymous traditional ballad and recently the broadside ballad. I started writing songs very early into learning music and they often depended on my limited understanding of songs, which came from the mass media. I bounced around learning traditional songs that had incredible historical mystery and depth to lyrical songs that contained emotional depth and wanted both. I also For really looked into the language of broadside ballads, which were a type of ballad that was popular in the past. They used to be the earliest form of journalism, depicting in detail murders or tragic events. I wanted to write songs that sounded like they had been written by an anonymous ballad writer of the 1800s.

Still, there’s a lot of conflicting imagery, especially in the track, which begins with the line, “King Corcoran was a gentleman (gentle man), he came from decent folk”. Within a few seconds he’s dropping rocks on cops’ heads for “sport and recreation”!
Oh yeah. Absolutely. Corcoran’s competing narratives seem contradictory, as he is portrayed both as hero and villain, and I think that complexity is essential to the conflict necessary in writing about anyone or anything.  Corcoran “terrorised” the neighborhood, and NYT’s articles of the period are clear to refer to his violent nature  “maiming policemen for sport”. Yet, on the other side of that characterisation is his support for the Irish immigrant class who were “ill-viewed in certain quarters”. He apparently had one of the largest funerals on the Lower East Side.

There’s such a rich history and tradition of Irish immigrant balladry, but Corcoran’s obituary recalls that even when he ruled the roost, Irish people were “ill-viewed in certain quarters and were compelled to be clannish”. Is it depressing that we still hear the same language around immigrant communities?
It’s true that the Irish were not embraced as a group on initially landing. In fact, the “Roost” speaks to the idea of having a safe place that taps into the old-world and new-world. But this has certainly changed and the emergence of the  Irish-American is fascinating when we look at America today, and I think it’s only really now that we might be able to discuss the Irish-American experience beyond early racist tropes and romantic longing for the Old Country to something respectable and how it relates to what the founding fathers had envisioned.  I’ve been reading Dan Milner’s The Unstoppable Irish, and Noel Ignatiev’s How the Irish Became White. Both books explore more than I’m able to comment on here.

Folk in the US seems to be more pop music on acoustic instruments, and I struggle to hear where the traditional ballads fit into that idea of folk. I’ve begun to realise I’m a traditional musician trapped in songwriter’s body or vice versa.  In other words, I love traditional music of all stripes and I love writing songs. However, as a touring artist these worlds are often heavily divided. If you play traditional bluegrass and you write songs the bookers are not sure how to sell that to traditional bluegrass fans who want to hear the repertoire that fits the genre. I remember releasing Home Away from Home (2008) and feeling like I divided my audience.When (if?!) gigs return, how will you present the album? After spending so long on the story I imagine there could be an element of storytelling involved.

When you were living in Ireland, especially in Galway, you immersed yourself in the folk scene. How does it compare with the US scene?
I’ve been performing the songs in part and sometimes in full for a little while now, and hope that the songs are strong enough to stand up to both solo and group performance.  It’s all storytelling regardless of novel, music, play or history. I think we live by stories and are intrigued by characters driven by personal conflicts. I trust that instinctually that if I don’t want to tell a story then I’m not telling it correctly, and I’m sure I’ll fiddle with each of the songs as I move forward.

You’re generally a good man for sorting out a few gigs when you’re back in Ireland, do any particular shows stand out?
Booking shows and performing shows are two very different heads. I’ve learned to book directly, as I’m in a niche music and the right relationships are critical to your survival. Also, a great gig doesn’t begin and end with the stage… thank God. How you’re treated by bookers, venues and other staff are part of the standout shows. As for the stage part, I’m lucky if I can get through at least one song without making too many noticeable mistakes. Even now every gig I look at after and cringe a little about something that should have been better, but this helps me figure out what I need to work on next.

Have you met any other distant relations or uncovered any other great characters during the Rooster project?
I have indeed. There was another Corcoran who had been sent over to assassinate Llyod George over conscription. His name comes up in interview with IRA members that are now public. Not sure if I’ll get round to that story just yet…

The Life and Times of James ‘The Rooster’ Corcoran is out on August 7 on Rescue Dog Records.